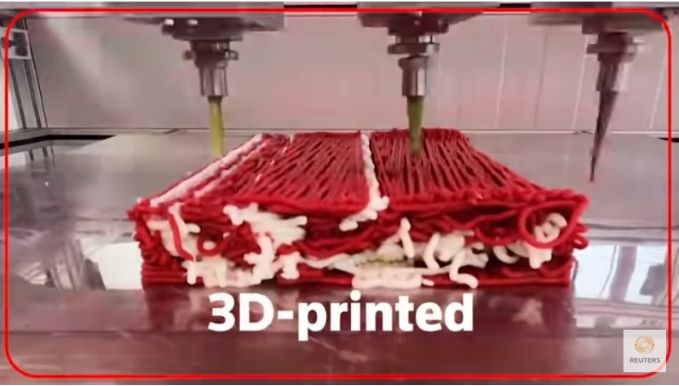 Despite plunging interest and falling stock prices, multiple companies around the globe are still attempting to promote fake meat substitutes into a highly limited market that does not want them. Impossible Burger and Beyond Meat were the last failed attempts to use soy, bean and pea proteins to simulate the burger experience, going so far as to partner with fast food franchises like Burger King And McDonald’s, only to have these programs cancelled because of lack of sales.

Artificial meat and the removal of meat from the public diet has been an ongoing agenda of the UN for several years, based on the claim that animal farming releases too many greenhouse gases that contribute to “climate change.” There is still no concrete scientific evidence to support this conclusion, given that the world’s overall temperature has only increased less than 1 degree Celsius in the past century according to the NOAA. Nevertheless, the establishment marches forward with its goal of a vegan population by 2050.

Israeli company Redefine Meat is entering the field in Europe with a method for 3D printed lab grown steaks instead of the typical burger alternative. Besides the process looking rather grotesque and unnatural, it is highly unlikely that a meat paste substitute will ever come close to the taste of a real steak. Ask yourself, would you willingly eat this?

An Israeli company called Redefine Meat has announced a deal to partner with an importer that will deliver its lab-grown meat into Western Europe, where World Economic Forum-puppet governments are forcing ranchers and farmers to cull their herds of beef cattle, chickens and swine.

Redefine Meat markets its product under the brand name “New Meat,” using 3D printers to manufacture pieces of meat that mimic steaks, tenderloins and other choice cuts, it said in a release last Thursday.

They use genetically modified cells to grow this “meat” in a lab.

According to a report by Thomson Reuters, the Israeli start-up company, which raised $170 million in financing this year, operates large-scale meat printers at its headquarters south of Tel Aviv, and a new factory in the Netherlands, where it plans to develop its products as an alternative to real meat raised by ranchers in fields and farmlands.

The Netherlands? Now isn’t that interesting, that this fake-meat company would open a factory there? The government of the Netherlands is headed by Mark Rutte, a presenter and author at the World Economic Forum. And Rutte just happens to be the most aggressive pusher of green-energy programs in Europe. His anti-farming, anti-private property policies are so aggressive that he’s touched off an uprising among Dutch farmers, who are frustrated by the new laws forbidding them from using adequate nitrogen fertilizers and fossil fuels critical to raising livestock.

Without livestock, you have no meat. And without meat, you open up a market for lab-grown fake meat, which suddenly becomes a critical source of protein for human consumption.

Interestingly, the corporate media giant Thomson Reuters is another proud member of the globalist World Economic Forum (see here and here), which represents ground zero in the global anti-livestock, anti-meat agenda. Keep that in mind as you read the Reuters’ story on the Israeli company trying to “Redefine Meat.”

The WEF put out a video in 2018 that said meat, the real stuff, would be an “occasional treat” in the Great Reset. Watch below.

So it’s not surprising that Thomson Reuters would be putting out an article like this, dishonestly trying to sell us on the merits of fake meat. This article, and many others like it, will be picked up by Thomson Reuters subscribers, which include thousands of newspapers, websites and other news outlets.

Thompson Reuters describes it this way:

“Early hype about plant-based meat alternatives, seen as better for animals and the environment, has ebbed as inflation and recession worries make some consumers return to cheaper animal meat products, while staffing shortages have hit fast-food chains, an important sales channel for plant-based burger patties.”

Early hype? Seen as better? By who? Is anyone other than Bill Gates and a small cadre of billionaire investors really all that excited about the prospects meat grown in a lab? Please.

But you can see exactly how they will push it on us, using their WEF partners in the corporate media to give them loads of free propaganda reporting that passes as “news.”

We no longer get news from the corporate media. We get narratives.

Fake-news corporate media promoting fake meat. Why? Because it fits the narrative of their common agenda.

That’s how the Great Reset — i.e. the beast system — is being implemented. Not by corrupt governments alone but by governments involved in public-private partnerships with big corporations.

The U.S. government wants us to eat genetically modified fake meat. We know this because the U.S. Department of Agriculture (USDA) and the Food and Drug Administration (FDA) announced in a press release in November 2018, during the Trump administration, to jointly regulate and approve the production of lab-grown meat in America.

“The Agencies are today announcing agreement on a joint regulatory framework, wherein FDA oversees cell collection, cell banks, and cell growth and differentiation. A transition from FDA to USDA oversight will occur during the cell harvest stage. USDA will then oversee the production and labeling of food products derived from the cells of livestock and poultry.”

Many of the people who run the big corporate meat-processing companies like Tyson and JBS are also invested in lab-grown meat. Why? Because they’ve been told by the globalists at the World Economic Forum that that’s the wave of the future. So they will do their part to help drive up the cost of real meat, which in turn will drive the consumer to buy their “new” product that’s coming out of a factory instead of a farm — eventually with a cheaper price tag.

Western governments will also do their part in this grand scam, making it more and more difficult for ranchers to raise cows and other livestock, claiming it’s bad for the environment. They will heap more regulations on the ranchers, like they’ve already been doing for years, driving many of them out of business and further paving the way for the fake meat producers.

Meanwhile, the huge asset-management firms BlackRock and Vanguard are taking over centralized food-production technologies and will have near-total control over the future food supply in America.

Larry Fink, CEO of BlackRock, is also on the board of the World Economic Forum, which put out the video in 2018 warning us carnivores that our meat-eating days are numbered. Later that same year, the U.S. government puts its stamp of approval on the fake-meat industry. Starting to see the connections here?

The Israeli company Redefine Meat said it was “launching tenderloin and striploin steaks and their adoption by chefs in expensive restaurants proved their quality,” according to Reuters.

With the new distributorship, it plans to launch its products at restaurants and butchers in France this month, then in Italy, Greece and Sweden later this year, and in dozens more countries next year.

Its “New Meat” is currently available in Israel, Britain, the Netherlands and Germany in almost 1,000 restaurants that are currently paying about $40 per kilo for Redefine Meat’s steak cuts, the company spokesman told Reuters.

Other fake meat producers, such as U.S.-based Beyond Meat are cutting sales projections, Reuters reports, while pointing out that Nestle is still hoping for big things for its new line of fake meat.

We’ll see how long people’s fascination with fake meat lasts. One taste and those who thought they’d like to try it often come away disappointed. But there are no doubt some true believers who will consume it and think they’re actually saving the planet in the process.

Read the full article at LeoHohmann.com.