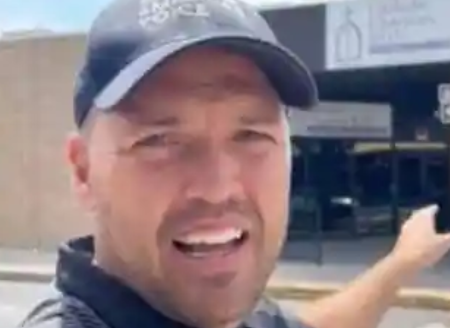 ANOTHER WAY OF CHEATING FOR THE DEMOCRATS

Ben Bergquam, the host of Law and Border on Real America’s Voice, appeared on the War Room with Steve Bannon on Thursday to talk about the conflict of interest between what  Catholic Charities claims they are doing in the name of faithful Christians and what they are in fact- actually -doing that is harming humanity as they exploit the Southern Border for maximum profit.

Catholic Charities is receiving extensive funds from the Biden government to further the trafficking of illegal immigrants into the United States. We know that is true and have known that but it bears repeating. Ben Bergquam provides a report in the clip proving how bad it has gotten. He notes that Catholic Charities is now a communist party institution.

I am Catholic but am disgusted by their lack of loyalty to the USA. Like the Pope, Catholic Charities is very far left.

As Mr. Bergquam says, it’s a welfare organization. They are tied to communism and social justice, and have little to do with the Catholic religion and Catholic Church.

“They are a social welfare organization, social justice organization, tied to the left, tied to communism, and the undermining of America. It’s all tied together,” Mr. Bergquam of Real America’s Voice, said.

Heritage reports that 71% of the illegal aliens are going to 431 Republican districts. This is all by design.

There is no doubt the communists are using illegal aliens to transform the USA into a communist nation. No one is stepping up to stop it.

The overwhelming reason our politics and culture is disintegrating so rapidly is because of demographic changes. New immigrants will vote for Democrats because they need the welfare.

Government using charities to hide just how much money is going to illegal immigrationJuly 27, 2022In “Betsy McCaughey”

Religious Freedom As a Given Is OverJune 9, 2013In “Home of News, Politics & Opinion”