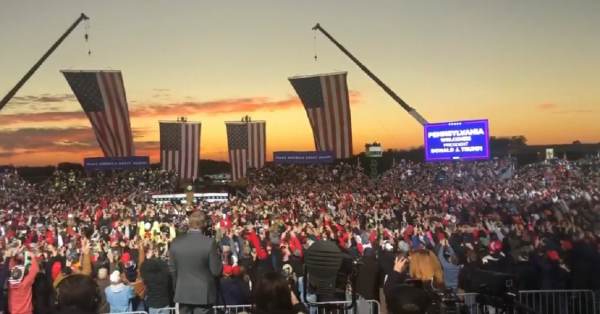 76% of Trump voters say they will support him again if he runs for president in 2024.

Only 12% say they will not vote for President Trump in the latest USA Today – Suffolk County poll.

And Trump voters no longer appreciate FOX News which is not a surprise.

Viewer trust in Fox News has plummeted among supporters of former President Donald Trump since he lost the 2020 election to President Joe Biden, according to a new poll.

In the latest USA Today/Suffolk Poll, released Sunday, just 34 percent of Trump voters listed the Fox News as their “most trusted source of news”—a 24 percent drop from the 58 percent that favored the network in October 2016.

Two news outlets have increased in prominence among conservatives in recent months. Newsmax is now seen as the most trusted source of news among 17 percent of Trump supporters and One American News Network (OAN) among 9 percent…

…David Paleologos, director of the Suffolk University Political Research Center said the findings indicated a “seismic shift in the landscape of trusted news sources for conservatives.”