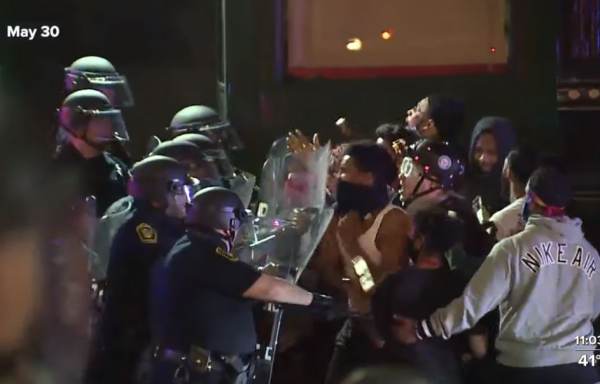 A Cincinnati real-estate company is suing 90 violent street thugs who were arrested during the May 30th Black Lives Matter riots in downtown Cincinnati.

The plaintiffs claim the 90 rioters arrested should pay for damages to dozens of businesses that were vandalized in the BLM rioting.

A lawyer representing a Downtown Cincinnati real-estate company is suing 90 people it says are responsible for damage to businesses during the George Floyd protests in the early summer.

The protests of late May and early June were largely peaceful but at points devolved into vandalism throughout Downtown and Over-the-Rhine.

Residents woke in those neighborhoods May 30 to find shattered windows, upturned planters and glass littering sidewalks.

The suit seeks to represent the class of businesses “looted, vandalized, broken into, damaged, defaced or destroyed” in the West End, Clifton Heights, University Heights and Fairview as well as Downtown Cincinnati and Over-the-Rhine.

Bill Blessing is the attorney who filed the lawsuit. He says the firm came up with the list of 90 defendants based on arrest records.