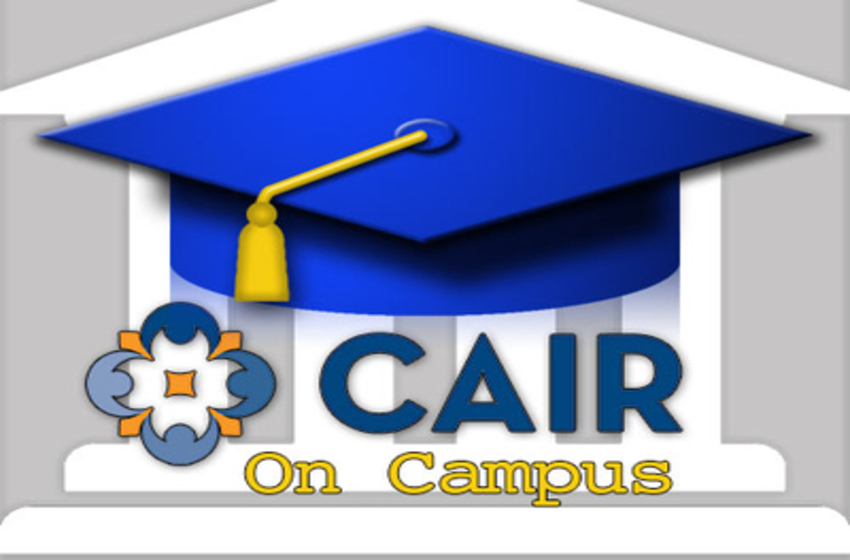 Long before the term “cancel culture” was ever coined, Islamist groups in the United States and elsewhere in the West had embarked on a massive campaign to suppress freedom of speech on campus, in the media, in Hollywood, and in the book publishing industry by claiming that any mention of the term radical Islam or any of its evil concepts was a “racist slur” against the Islamic religion.

But something happened to the successful campaign of intimidation by the Council on American Islamic Relations (CAIR).

As we reported in June, the lawsuit sought “an injunction against the Maricopa Community College District, which SCC is part of, and Professor Nicholas Damask to block use of course materials deemed to ‘have the primary effect of disapproving of Islam.'”

Even if this were an accurate summary of Professor Damask’s course materials, which it was not, it is not illegal in the United States to disapprove of Islam or any other religion. Yet SCC student Mohamed Sabra took exception to these three questions on one of Damask’s exams, and CAIR wanted to block the use of such material. The offending questions and answers were:

Q. Who do terrorists strive to emulate? A. Mohammed

Q. Where is terrorism encouraged in Islamic doctrine and law? A. The Medina verses [i.e., the portion of the Qur’an traditionally understood as having been revealed later in Muhammad’s prophetic career]

Sabra’s lawsuit asserted that “the only objectively reasonable construction of Damask’s actions is that his primary message is the disapproval of Islam. Damask’s module quiz forced Sabra to agree to his radical interpretation of Islam. When Sabra did not, he was penalized by getting the questions wrong and impacted his grade.”

These questions and answers cannot reasonably be construed as denigrating Islam, as the fact that Islamic terrorists refer to their understanding of Islamic teachings to justify their particular actions is widely known, and nowhere does Damask assert that this is the only possible understanding of Islamic teachings, or that all Muslims believe the same things. The lawsuit was an attempt to stigmatize any discussion of how terrorists use Islamic texts, and to foreclose upon any possibility of understanding their perspectives, motives and goals.

The lawsuit also took issue with Damask’s use of terrorism and Middle East expert Walid Phares’s book, Future Jihad. Phares, according to the lawsuit, is an “Islamophobe” and should not be taught. “Within this mandatory reading assignment,” the lawsuit states, “Phares explains that jihad is not a ‘spiritual phenomenon that would be and was abused by extremist ideologies,’ but rather a call for physical action. Damask failed to articulate that other more acceptable, and in fact ‘mainstream’ views of jihad have nothing to do with violence, but instead he improperly urged students to accept his personal opinions.”

Phares, however, pointed out that “the [Muslim] Brotherhood scholars read terrorism differently than the U.S. The Brotherhood and CAIR [are] trying to impose a vision of their own on all Muslims in America.” In fact, numerous Islamist scholars and leaders, including Muslim Brotherhood founder Hassan al Banna, Osama bin Laden mentor Abdallah Azzam, and 13th century scholar Ibn Taymiyya have insisted that there is only one meaning to jihad – “fighting” to impose Islam.

According to al Banna: “In [Muslim] Tradition, there is a clear indication of the obligation to fight the People of the Book [that is, Jews and Christians], and of the fact that God doubles the reward of those who fight them. Jihad is not against polytheists alone, but against all who do not embrace Islam.”

“It has become an individual obligation, which there is no evading, on every Muslim to prepare his equipment, to make up his mind to engage in jihad, and to get ready for it until the opportunity is ripe and God decrees a matter which is sure to be accomplished.”

Ibn Taymiyya (1263-1328) directed that “since lawful warfare is essentially jihad and since its aim is that the religion is God’s entirely and God’s word is uppermost, therefore according to all Muslims, those who stand in the way of this aim must be fought.”

During a visit to Brooklyn in the late 1980s, the leader and founder of the Afghan Jihad Abdallah Azzam stated, “The word jihad has a special meaning, every time it is mentioned in the Quran and Sunna. That meaning is fighting.”

CAIR’s lawsuit failed. On Aug. 18, UCLA Law Professor Eugene Volokh broke the news about U.S. District Court Judge Susan M. Brnovich’s ruling, which Volokh hailed as “an important victory for academic freedom; professors, including those at public colleges, have to be able to speak freely about religious belief systems (whether Islam, Christianity, Judaism, Hinduism, Buddhism, or anything else), no less than other belief systems.”

The College Fix, which had provided excellent coverage of the entire controversy from the beginning, reported that Brnovich “used the Lemon test to determine the course did not violate First Amendment provisions on free exercise or the establishment of religion. The test states that government actions toward religion are only lawful if they have a secular purpose, do not advance or inhibit a religion, and do not become excessively entangled with religion in any way.” In her ruling, Brnovich observed that “this case tests the limits of the First Amendment’s Religion Clauses.”

It is hard to understand CAIR’s claim that this course had anything to do with the First Amendment at all: that amendment does not specify the content of any religious belief. But CAIR and Sabra claimed that Damask’s course crossed a Constitutional line by saying that Islam “‘mandates’ terrorism and the killing of non-Muslims.”

Because of that, Sabra claimed that Damask’s course forced him to choose between giving the answer Damask considered correct, and thereby denouncing his own religion, or getting a lower grade.

The judge also concluded that Damask’s course didn’t prevent Sabra from exercising his religion. All it did was expose Sabra to “attitudes and outlooks at odds” with his own understanding of Islam. That is not a violation of the First Amendment.

Brnovich also pointed out that CAIR and Sabra had misstated the function of Phares’s work in Damask’s course. CAIR and Sabra had claimed that students were forced to adopt Phares’s view of Islam. But the work “merely asks students to identify the opinion of Walid Phares regarding Islam,” Brnovich found, “not to adopt his position on Islam.”

This case marks the latest in a long line of CAIR efforts to remove material it considers derogatory against Islam. It entered into a formal partnership in 2010 with the 57-nation global Organization of Islamic Cooperation’s (OIC) Islamic Educational Scientific and Cultural Organization (ISESCO) to “redress the image of Islam and Muslims in textbooks.” Like CAIR, the OIC condemns connecting Islamic doctrine and terrorism in the minds of Westerners, claiming that such a connection is “unfair” and that it has “created an unfair misinterpretation of the Islamic message in the Western and Non Muslim worlds.”

“Education and engagement are key to challenging the growing phenomenon of Islamophobia,” CAIR co-founder and Executive Director Nihad Awad said at the 2010 OIC conference. The SCC lawsuit, however, demonstrates the baseless foundations of these Islamophobia claims: apparently Awad and his cohorts see any material they find objectionable as “Islamophobic” and demand their removal from curricula.

The fact that CAIR is taken seriously as a Muslim “human rights ” or “civil rights” group by such media outlets as the New York Times and the Washington Post as well as the ACLU and many Democratic lawmakers is a slap in the face to authentic human rights groups. CAIR was created in 1994 to be a part of a Muslim Brotherhood-run Hamas support network, and it was named an un-indicted co-conspirator in the Hamas money laundering trials of the top officials of the Holy Land Foundation. It has a long record of supporting and rationalizing Islamic terrorism as well as making anti-Semitic comments.

Those who value academic freedom can only hope that Brnovich’s ruling in Sabra v. Maricopa County Comm. College Dist. becomes an important and oft-cited precedent.

Steven Emerson is the Executive Director of the Investigative Project on Terrorism. www.investigativeproject.org He is the author of six books and thousands of articles on terrorism, radical Islam, national security, counter terrorism as well as the producer of two award winning documentaries on radical Islam.