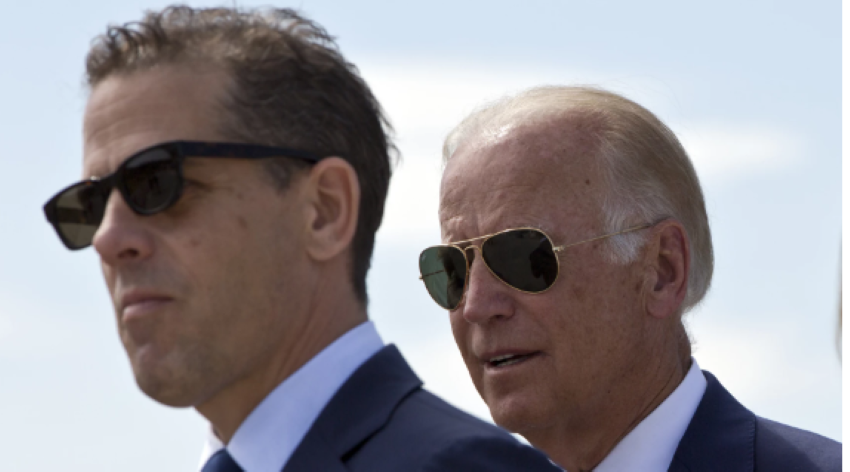 The My Son Hunter film trailer has garnered more than one million views across social media in recent days, and actor John James, who plays President Joe Biden in My Son Hunter, said it only shows the “tip of the iceberg.”

James said the somewhat fictionalized online movie about the Biden family, with a focus on first son Hunter, does not “pull any punches.”

“Well, you know, the amazing thing is this, the movie starts off with [Lawrence Fox, who plays] Hunter Biden, going to a strip club and go to the Chateau Marmont, where his father shows up with the Secret Service. And we have a 17-page, 16-and-a-half-page scene in the back of the SUV that Lawrence and I shot in one well, not in one take but it was we just did that in one evening,” James told Breitbart News Saturday.

‘NOTHING’S UNITED’ ABOUT US: OSBOURNES ‘FED UP’ WITH GUN VIOLENCE, MOVING BACK TO UK

“He was all about the detail, the sets, everything had to be right, look right,” James said of Davi, explaining that the director of photography was even asked to watch films such as The Godfather and American Hustle for inspiration. “As you can see in the trailer, there’s a certain look the picture has, which is just, it’s great. And that look almost becomes a character in the film. Because that’s what you remember that — that coloring.”

The actor also suggested that people “will be shocked” by the drama of the film, noting Fox’s portrayal of Hunter Biden.

“The poor man. I almost felt like calling the medic or something … because of all this stuff you have to smoke and snort up his nose,” James said. “This is right out there. We don’t pull any punches in the picture, and that’s a testament, I think, to Mr. Davi who wanted a certain picture. He wanted it this way.”

The film is distributed by Breitbart and produced by Phelim McAleer and Ann McElhinney, with a script from Brian Godawa. McAleer and McElhinney are well-known in conservative circles for producing the movie about abortionist Kermit Gosnell.

My Son Hunter will be available for streaming Sept. 7.