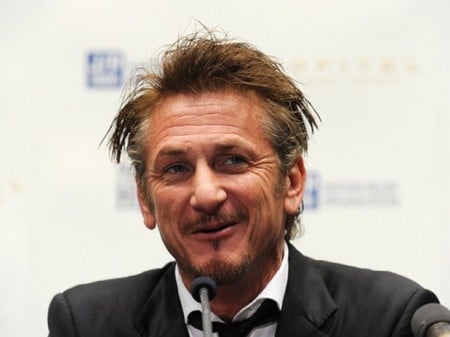 If it was up to Hollywood actor Sean Penn, anyone who is unvaccinated would be behind bars.

In a recent interview with Extra, Penn who is an Academy Award winner stated that being unvaccinated is “cowardice” and “criminal”.

Penn would follow up his statement by saying “I really feel that if someone chooses not to be vaccinated, that they should choose to stay home. Not go to work. Not have a job.”

Watch, Penn spew his hate for the unvaccinated here:

“They should stay at home. Not go to work. Not have a job.”pic.twitter.com/xAieYEn9oZ

This isn’t the first time Penn has verbally shown his hate toward unvaccinated people.

Previously the actor compared being unvaccinated as the same as pointing a gun to someone’s face.

Penn is not just outspoken about the vaccine but he’s vocal about the war in Ukraine too.

Sean Penn ‘thinking about taking up arms against Russia’ to defend Ukraine https://t.co/pupmV7vmNs

The Gateway Pundit reported back in April that Penn emphatically stated he was thinking about taking up arms in Russia.