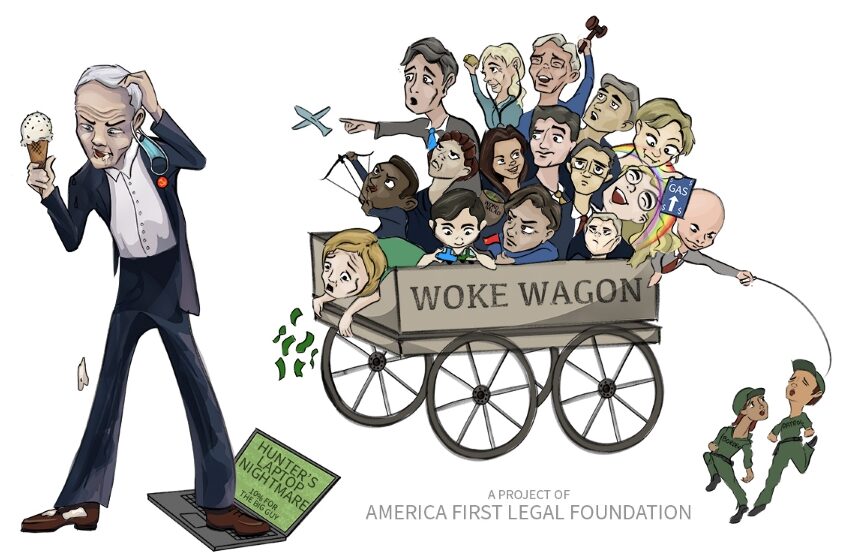 Benjamin Franklin – “A republic, if you can keep it”.

AFL began working on this project in 2021–when it submitted FOIA requests to every department and agency across the federal government to obtain information about the Administration’s political appointees. A number of those departments and agencies have complied with AFL’s requests, but a large number have flouted their legal obligation to provide the requested information—leading to a litigation blitz AFL initiated to obtain the records from 11 departments and agencies. As we obtain more records, we will continuously update the website and make the WOKE WAGON the central clearinghouse for information on political appointees in the Biden Administration.

While many Americans might recognize the most senior Biden Administration officials, the reality is that the behind-the-scenes political appointees who have been hired by the Biden Administration make the daily damage possible, and the American people deserve to know who they are.

“A year ago, America First Legal began the painstaking process of obtaining the resumes and personnel records of Biden’s radical woke political appointees. Now, we are proud to announce to the public that we have created a fully searchable, public, transparent database where the American People can uncover who is implementing the extremist policies wreaking havoc on our nation — and what organizations, corporations, networks, foundations and activist groups link them altogether. By making this database available to the public we are effectively crowdsourcing this vast trove of data so the American people can piece together the networks and associations that explain what is happening to our country. The WOKE WAGON is the ultimate investigative tool to assemble the puzzle pieces that explain the madness we are seeing every day. Sunlight is the greatest disinfectant, transparency is the surest path to accountability.

This project is all the more urgent given Biden’s evident state of decline; unelected appointed staff has unprecedented power at this perilous moment in history.

But we are not content to stop here. We recently filed 11 lawsuits against 11 agencies who have illegally refused to comply with the Freedom of Information Act. We are taking them to court to compel the production of these personnel records as required by law. And once we have obtained these records, they will be added to the WOKE WAGON public database.

So please, search the WOKE WAGON, connect the dots, find the links, and help us expose the hidden power centers ravaging the country,” Stephen Miller said.