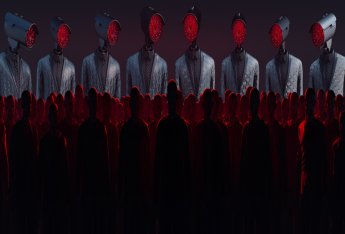 WASHINGTON, D.C. – Today, America First Legal (AFL) released the fourth set of shocking documents obtained from litigation against the Centers for Disease Control and Prevention (CDC) revealing further concrete evidence of collusion between the CDC and social media companies to censor free speech and silence the public square under the government’s label of “misinformation.”

This nearly 600-page release of documents contains new appalling information. Among these include the fact that Twitter ran a “Partner Support Portal” for government employees and other “stakeholders” to submit posts that it would remove or flag as “misinformation” on its platform. Documents obtained by AFL show Twitter enrolling one government employee, through their personal Twitter account, into this Portal. We know from other publicly related documents, that Facebook has copied this approach for election-related censorship.

This production also reveals that the U.S. government was actively working to “socially inoculate”–or brainwashing–the public against anything that threatened its narrative. It did so by using aligned Big Tech corporations to monitor and manipulate users for the purposes of censoring unapproved information and pushing government propaganda. For example, Facebook sent written materials to the CDC in which it bragged about censoring more than sixteen million “pieces of content” containing opinions or information the U.S. government wanted suppressed.

Finally, the documents reveal the CDC was “collaborating with UNICEF, WHO and IFCN member and leading civil society organization Mafindo” to mitigate “disinformation.” Mafindo is a Facebook third-party fact-checking partner based in Indonesia that is funded by Google.

What is clear is that the United States government, Big Tech platforms, and international organizations were fully entangled in an intricate campaign to violate the First Amendment, to silence the American people, and to censor dissenting views.

Read through as we highlight the most damning findings from this fourth production of government documents:

“In recent months, millions of Americans have witnessed the peeling of the ‘misinformation’ onion. Beneath each layer of shocking details about a partnership between the federal government and Big Tech is yet another layer of connections, conspiracy, and collaboration between power centers that seek to suppress information from the American people. We are proud to play a leading role in fighting for the rights of all Americans and revealing this vital information to the American people,” said Gene Hamilton.