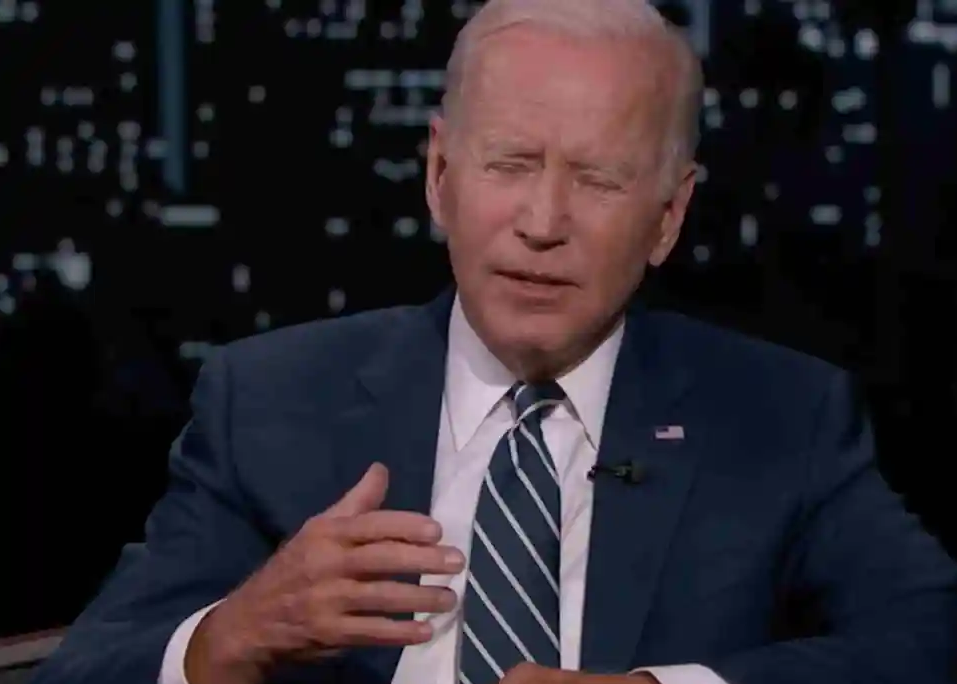 “I don’t think the country will stand for it,” Biden tells Jimmy Kimmel of the Supreme Court draft decision on Roe v Wade, sending out a dog whistle to the radicals who back him up. This was hours after a heavily-armed gunman with zip-ties and knives was arrested outside Supreme Court Justice Kavanaugh’s family home at 2 am. The leftist lunatic said he was going to kill him since he was upset about Uvalde and the Supreme Court decision.

If that isn’t a dog whistle to the radicals to keep doing what they’re doing, tell us what is. Democrats encourage these people to revolt and let most go free with their records expunge. The DOJ/FBI do not try to stop them.

The leftist who planned to kill Justice Kavanaugh was probably going to kill his family as well. He flew in from California at 2 am to do this according to the Justice Department, and he is suicidal. There is no doubt that he planned to do it, and he was probably prepared for a shoot-out if he had magazines as reported.

The truth is clear. Democrats do not care if these conservative Justices are killed. Nancy Pelosi still won’t bring the bill to the floor for a vote that gives SCOTUS more protection. Democrats will stop at nothing to get what they want. They will sacrifice anyone for power.

Biden, “the great uniter” joked about sending his political opponents to jail tonight on Jimmy Kimmel. He’s yucking it up after a Justice is nearly killed.

Biden jokes with Jimmy Kimmel about sending his political opponents to jail pic.twitter.com/DNWlodNFR0

He’s embarrassing, a senescent dolt, who is humiliating the US on the world stage. Democrats are fine with this. Where are the moderate Democrats? Get your party back.

Biden says there’s a lot of “major things” he’s done, he just hasn’t “been able to communicate it in a way that is, uh, um…”

He then starts rambling about reporters getting “clicks on the nightly news” and they cut to commercial. pic.twitter.com/uTiEu495C2

Unfinished sentences, lost and confused thoughts, muttering irrelevant nonsense on a show with poor viewership. That’s not normal. He’s also not making these plans and decisions on how to ruin the country. It’s a perfect situation for Marxists behind the curtain.

Watching Biden struggle to string together a comprehensive sentence was so painful that Kimmel went to commercial break.

He makes no sense.

So Biden wore a mask alone backstage and as soon as the curtains opened up he took it off and stood inches away from Kimmel. Makes sense. pic.twitter.com/H7OjwqaTKp

“Look at the kids,” says Joe Biden when asked why he is so optimistic about the future.

“Turn on the TV, look at the ads, when was the last time you saw biracial couples on TV? https://t.co/yke0qhSjLC