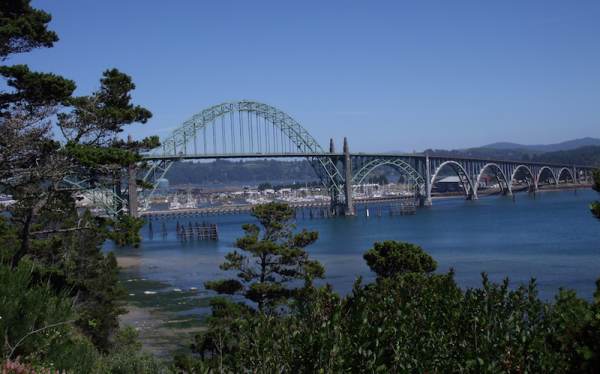 Amid a wave of public backlash, the rural county in Oregon that exempted “people of color” from Covid 19 mask requirements has now reversed its policy. Situated along the Oregon coast, well clear of Portland’s lunacy, Lincoln County made national headlines for their insane and racist policy. However, now they’ll likely face a new round of criticism for subjecting people of color to the same “ordinances” that whitey has to follow.

Lincoln County was hit by a tsunami on Tuesday and Wednesday, but it wasn’t the one they expected.

The region of 50,000 on a quiet part of the Oregon Coast became a target of anger after passing a directive that all residents wear masks indoors and outdoors — with a few exceptions, including for “people of color worried about racial profiling and harassment due to wearing face coverings in public.”

By Wednesday, as the story spread and a small office in Newport was bombarded with thousands of angry emails and phone calls, the county revised the directive and eliminated the exception, saying that it “does more harm than good.”

“We included the protections for those within our communities of color who historically, and often personally, found themselves the victims of harassment and violence,” the Lincoln County Board of Commissioners and County Management team said in a statement Wednesday evening. “We are shocked and appealed at the volume of horrifically racist commentary we have received regarding this policy exemption.”

The exception, local officials said, was well-intentioned — a way for people worried about racial profiling to avoid that by having the option to not wear a mask, Lincoln County Commission spokesman Casey Miller.

“I thought it was mindfully crafted,” he said. “The focus of the directive was really on the health aspect.”

“However, it is also the case that Black, Indigenous, Latinx, Pacific Islander, and other communities of color have been disproportionately