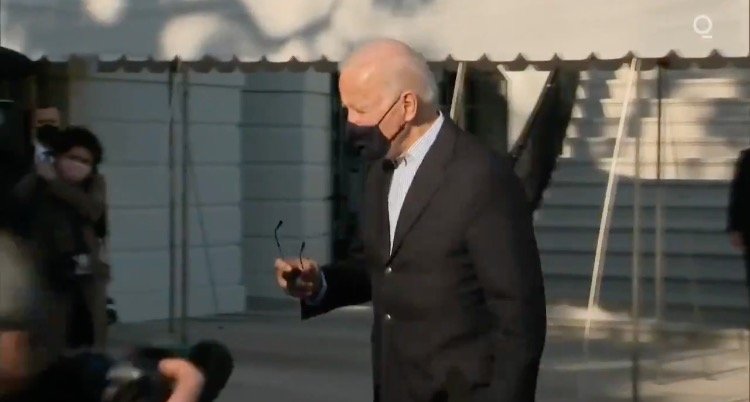 Joe Biden returned to the White House on Sunday after spending the entire weekend at Camp David.

Biden spent the weekend at Camp David, the presidential country retreat in Maryland, with nothing on his official schedule as the crisis on the southern border gets worse by the day.

According to reports, there are now more than 15,000 unaccompanied minors living in border facilities (cages).

DHS Chief Mayorkas said the border surge is the worst in 20 years.

Joe Biden still has not paid a visit to the southern border because he is feeble and simply doesn’t care that Covid-infected illegal aliens are flooding into US cities.

Biden gave a couple “half ass” answers to reporters on the South Lawn of the White House upon returning from Camp David then shuffled away.

“Are you thinking of going to the border?” a reporter asked Biden on Sunday.

“At some point I will, yes,” said Biden before mumbling another non-answer then shuffling away.

President Biden’s response when asked by a reporter on Sunday if he will visit the southern border pic.twitter.com/kllQGxu02C