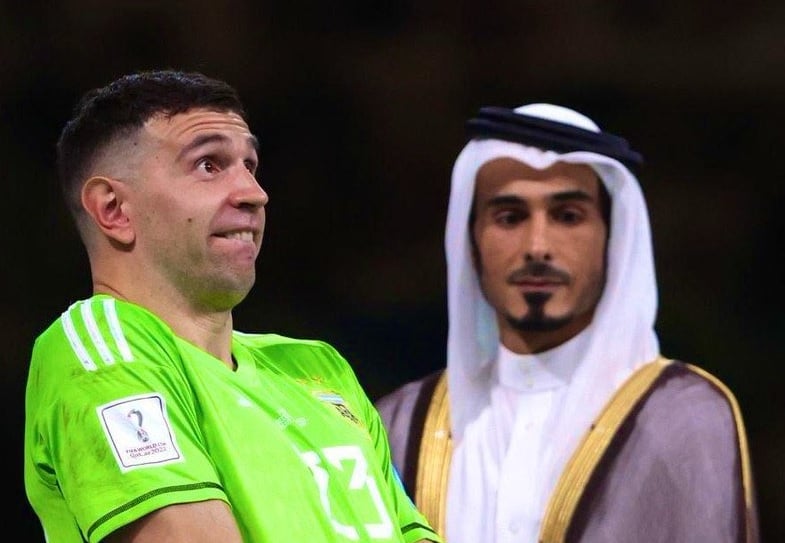 He was fantastic during the play today and throughout the World Cup.  He was rewarded for his special efforts and professionalism.  Then he took the trophy and did this…

Argentine goalie Emiliano Martinez received the Golden Glove award for his magnificent actions on the field during the World Cup.

He was magnificent as he blocked two goal attempts by the French and helped his team win the World Cup Championship.

After blocking his second kick by the French team he got a little cocky.

@[email protected] Can we get a side-by-side of Tony and the Argentina goalie doing the penguin dance on Monday’s show??

After the game, he was awarded the golden glove for being the best goalie in the World Cup.  Then he did this…

Here he was on the world stage.

For all those who switched over to nfl games… Argentina goalie still being a legend pic.twitter.com/uC2pXywYfl

He wins best celebration with a trophy.

Best celebration with a trophy goes to the Argentina goalie. pic.twitter.com/kVPwftyrzU