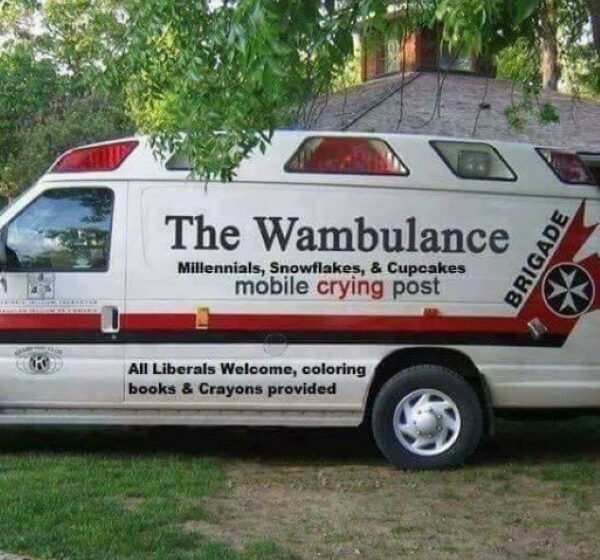 You may not know it, or you do, or just don’t care but as I write this, we are living the 2nd American Revolution, the first was to obtain Freedom, the 2nd is to preserve it. History is recording this, like it always does, like the 60’s & all other decades. The history of today will describe an uprising of American Patriots to restore a government Of, For & By “The People,” Once that is accomplished people can go back to their politics & America will thrive.

But today, there are no politics, just a movement to acquire a government that governs best, that’s all Americans want & all America needs. We see the numbers of Democrat voters leaving the party to join the only option they see open to them, the Republican party. However, keep in mind it is the Democrat party that has left them. Emotionally they may still be democrats but logically they cannot agree with the policies. The Democrat party is now controlled by the Woke left who seems to be against making America Great Again. We need to replace the Senate & House leadership & we need to vote out those who have nullified the voice of those moderate Democrats in Congress who are in fear of speaking out. We not only have to save America but the Democrat party as well.

For decades forces have been chipping away at the American institution through numerous congressional bills & policies, enough to make a difference but not enough to be noticed by many, this effort is no longer behind the scenes, it is now out in the open for all Americans to see from the core of the nuclear family to the border & everything else. When a govt tells me the border is secure, the crime policy is working & the economy is good I rely on what they do, not what they say. We can no longer trust this govt to supply us with facts & if you live under a govt you can’t trust, it must be reformed.

Just a few short years ago America was the premier nation of Freedom, an economic & military powerhouse on the world stage. we didn’t have war because our enemies knew the price to be paid. Since our withdrawal in Afghanistan, all that ended. Like the criminals on our streets our enemies know there will be no punishment for them, America is in grave danger.

We are living through a stranglehold on Capitalism the engine of our economy, the very core of prosperity. This govt has restricted & in some cases shut down the Free Market system. This market is being pushed & if it continues this economy will crash & there is no rebound, it will be gone as we know it. Yes, bad things are happening in America.

This President had the time to sit with a grown man, who identifies as a little girl, the other day at the White House to discuss Trans issues. He has time for issues involving less than 1% of the population but not for the other 99%, too bad he didn’t have the time to sit & discuss the border or crime issues, yes America is in grave danger.

I watch One America News Network (OANN), Real America’s Voice, Newsmax, Fox, etc. I also watch the ‘others’ & can’t help feeling we live in different universes & it’s scary. They tell stories with no facts, or they pick a fact & expound on it until it no longer is the original fact that they write on, they make up facts or often they ignore the story depriving Americans of info necessary for them to make an intelligent decision when it comes to voting, yes America is in grave danger. Why is it we have a crime for lying to Congress, law enforcement, etc. but not one for lying to “We the People,” we need to fix that don’t we? A law where politicians & media are held accountable for misleading “We the People.”

The message is to vote in person & I understand the reasons for that. However, I know some will vote early, if you do you can go to your Supervisor of Elections site to see the status of your vote, received & counted. If not complain, contact your SOE, Representatives, Attorney General, Governor, let people know, protect your most basic right.

If ya don’t think America is in trouble why is it wise for you to assure your vote was counted, that was never needed before, yes America is in grave danger.

If ya don’t think America is in trouble why is it wise for you to assure your vote was counted, that was never needed before, yes America is in grave danger.

But ya know, it was dangerous back in 1776 yet they did what they had to & won, the 2nd American Revolution will end the same way because Patriots will always do what they have to do, it’s just the nature of our history.