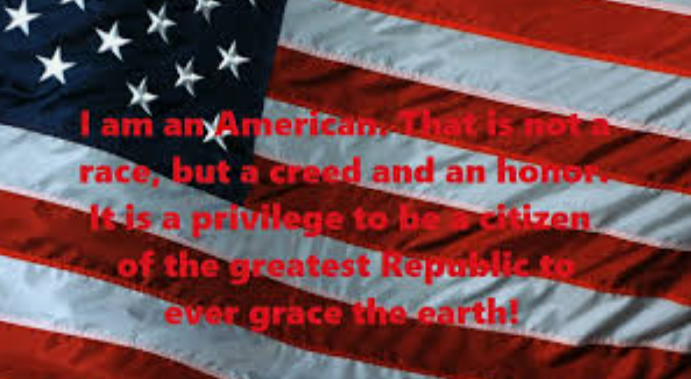 Can we get something resolved here? I’m really upset with the Democrat Party, not just for what they are doing in America today but what they have always done as a party, & mostly for what they tell the American people, they are about today, for I see no changes.

Let’s go to the Civil War, a war that most youth today really know nothing about, some even think it was a war between ‘us’ & another country, that is the tragedy of our educational system, one we are only beginning to challenge.

Back to war & there are many arguments on this, The Democrats were in control of the slave trade in America that’s how they made their $. Republicans declared war against the Dems to free enslaved people & again there are arguments that I ignore. Some may say the Rep’s declared war because the Dems were cutting into their $, I find that absurd, I know better. Let’s not forget an important person in this war, Fredrick Douglas, time won’t let me express his stature, character & accomplishments, simply he was a Free Black man once he escaped from Maryland & ended up in Massachusetts, who spoke what he felt & people listened, he spoke a lot with President Lincoln so please don’t insult me. The Civil War was initiated to end the Dems enslavement of an entire race of human beings. Reps were on the side of Freedom & were joined by both white & black, it was a unified effort, but the win didn’t end with equality. The Dems enacted the Jim Crow laws, look it up, too involved to explain except that it made blacks 2nd-grade citizens, they created the Ku Klux Klan which resulted in the
creation of fear & murder in the black communities, which ended when blacks & whites united against it.

Oh, you say but that was soooo long ago, ok let’s go to 1964 to an item called the Congressional Civil Rights Act of 1964 granting all people equality as citizens. Who do you think opposed that bill? Come on you know, yep, the Democrats, look it up. In the course of human history that wasn’t that long ago, I remember it, I don’t remember the Civil War, but I remember 1964. So what baffles me is how can anyone support the Dems, they just don’t know, they forgot history? I cannot understand that. Dems have ‘control over others’ in their genes & I can see that element of control today. What I don’t see is that ‘control over others’
element in the Rep Party & that makes me comfortable. I’m always cautious, don’t tell me, show me & so far, I like what I see not solely for Party but for all the Patriots involved in the Party, there are a lot of Patriot’s eyes on the Reps whose desire is America First, at all costs. I see a Party being adjusted to reflect the will of the ‘American People,’ & that’s a good
thing, we’re still watching though.

Now we have a guy, Sam Bankman-Fried FTX founder who ripped off people for around $10 billion, obvious criminal fraud & nothing is being done on the Justice front about it, no investigation, questions, nothing. I wonder if the fact of he donated $100’s million to the Democrat Party may be a reason why Justice isn’t concerned? Just wondering, I smell something here & that doesn’t smell good & once again we have Democrat involvement.

An example of how life alters our opinions. I used to believe when it comes to same-sex marriage, who cares it’s none of our business & everyone has rights. Well, knowledge changes the way we think & now I understand why there is opposition to that. Marriage is about 4,350 years old, first recorded evidence of marriage ceremonies uniting ‘one woman and one man’ dates from about 2350 B.C., in Mesopotamia. marriage’s primary purpose was to bind ‘women to men,’ so the original intent & meaning of the word marriage is the union of man & woman, not to mention any other religious connection. So now I believe if same-sex desires unity they have that right, however, maybe they should come up with another name for that union because ‘marriage’ is already taken by men & women who create children & families, no one has the right to alter the original intent of a word, you have a right to make or use another word, but not to steal one, just saying.

And here we go, last week I expressed the move for amnesty to illegals & here are the Dems talking about it, they are so easy to predict. Now it’s up to the House not to compromise on any immigration bill, that would be a trap. You address that bill when you are in control of the White House, Senate & House & “We the People” better make sure our Representatives understand we cannot afford to compromise with the Dems at this point in history.

I keep hearing people say: if they can do this to a former President what can they do to you? Imagine what they can do to us with our limited resources, the ‘Justice Dept’ is a powerful force capable of destroying our life if instructed. That’s why it is supposed to be nonpolitical, their only concern being Justice, yes that is what we are up against a system of injustice. Now we have a House investigation into Joe Biden & all the foreign $, I’m waiting to see how many subpoenas to produce sworn testimony is granted by the Justice Dept, they granted all the Dem
subpoenas in the past, let’s see how much Justice is left in that dept.

Are you aware of Biden’s Executive order 14067 which opens the door to replacing the US $ which will allow government surveillance of all US citizens & take control over your bank accounts & purchases resulting in the silencing of all govt opposing voices, that is a possibility but if you trust govt you don’t have to worry about it. Just a note, a lot of $ going to Ukraine is finding its way back to the Dem Party.

But ya know it’s not just us, other countries are encountering the same & they are in revolt, marching in the streets to get their country back, Brazil is one example. The fight for Liberty may have always been led by America as other countries rely on that ‘beacon of hope’ America always offered to all people & the world is watching America now.

And just when ya thought all hope was lost rises an American Patriot who happens to be Attorney General Mark Brnovich & the election integrity Unit looking into the Arizona election process, as they say ‘the shit is about to hit that fan’ & I see America rising.

We have 2312 Patriots who get these stories via a Constant Contact email, if you want to be added send an email to: [email protected] and let me know what state you live in.