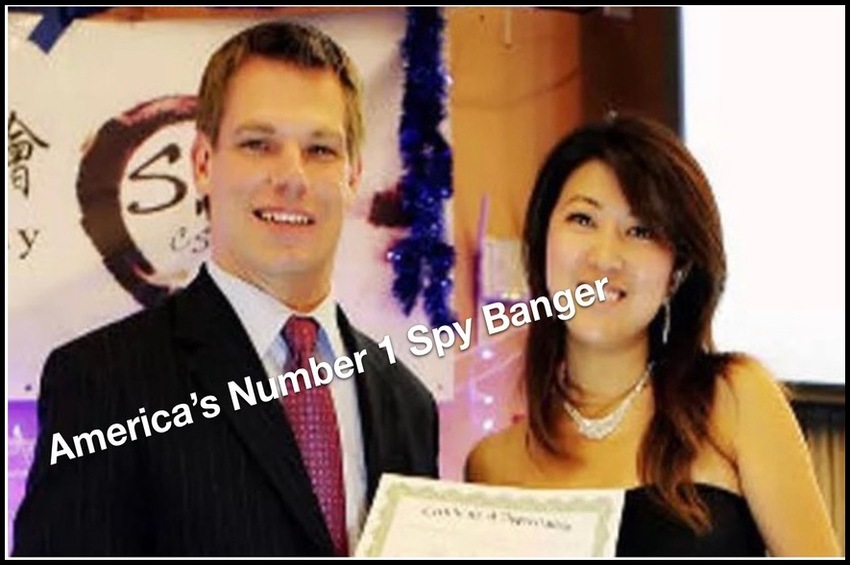 Sometimes, people don’t know when to shut up, and Rep. Eric Swalwell is one of them.

Swalwell is always one sandwich short of having a picnic basket. He has no self-control, he doesn’t see himself as the public sees him, and he is not a strategic thinker.

Rep. Swalwell, you are using Nationalism as if it is interchangeable with supremacy. It is not. You see, a nationalist simply puts their country’s needs ahead of the needs of other nations. It is not any different than putting your immediate family’s needs before that of extended family, friends, and neighbors. Number 2 above indicates that you don’t do this. If you did, you would not have been fornicating with some spy harlot outside of your marriage. You would not have done that to your wife.

A supremacist believes that a certain group is or should be supreme. Supreme as in those people behind the global reset, the KKK, Black, Chinese, Hispanic, Caucasian Supremacists, or anything nationality. I see you as a supremacist because you believe you are entitled to do whatever you want, to whomever you want, for any reason you want, and not be held accountable. That is how supremacists behave and think.

Swalwell, we know you believe your intellect is above everyone else’s. Do tell us the strategic goals for this task. Precisely what do you think should be accomplished? What are the outcomes to be achieved?

Don’t worry. Swalwell doesn’t have a clue. He is a media whore who misses his 5 minutes of fame from his failed bid for the Presidency. He thought it sounded good but again didn’t think anyone would ask him the hard questions.

This is a perfect example of a Congressional member with no self-control imposing his will upon the 331,000,000 of us. These supremacists believe they are dictators and not accountable to anyone. The Department of Justice and the FBI have a fence built around this group called a protection racket.

So let me put this into an easy perspective:

And most of them .000001 are dishonorable – just like Rep. Swalwell. I am sure he would like to nuke me about now. There is truth to the statement that you can’t fix stupid.

You can follow me on Gab, Parler and Telegram @TheSheilaG2020