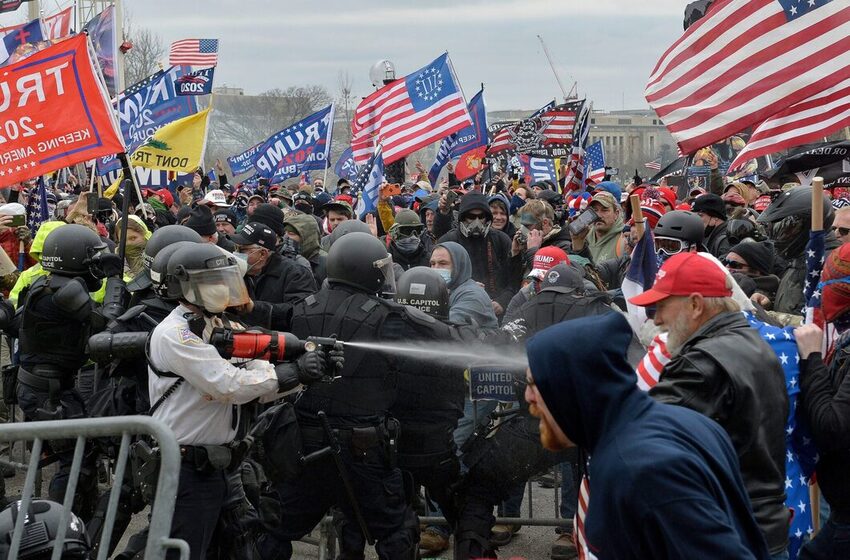 Politicians, why the hell do we need you? You have done nothing for the people of this country. Nothing! Your job is to protect the God-given rights of American citizens. You work for the people and you have forgotten your place!

Night after night, year after year, we go to work, pay our taxes, and bite our tongues. We watch you on the evening news pontificate about this issue or that scandal, yet you do nothing. We’re sick of it!

We watched as Hillary Clinton broke every law in the book by lying to the FBI about her using a personal server to conduct government business with classified information, and then deleting over 33,000 emails once she was caught. It was proven that she broke multiple laws, regardless of intent. In fact, the laws she broke specifically said that intent was not needed for the law to be broken. And what did you do? Nothing. Who was punished? Who went to jail? Who was held accountable? Hillary Clinton? James Comey? John Brennan? Please.

And what about the IRS targeting Tea Party groups? After the IRS was caught intentionally harassing these groups, they finally admitted that they were breaking the law. Who was sent to jail? Who was fired? Lois Lerner? James Clapper? Obama? Again, no one.

And how about members of Congress? Apparently, it’s just fine for them to outright lie and spend millions of our dollars and three years of our time investigating a phoney Russia scandal launched by Hillary Clinton’s Steele dossier. This resulted in more of our hard-earned money being wasted with the impeachment proceedings of President Trump. Was anyone even scolded for lying? For wasting our money?

Did you even notice that Joe and Hunter Biden were peddling Joe’s influence to the highest Chinese bidder when he was Vice President? Imagine, the former Vice President of the United States was altering American foreign policy based on how it financially benefit him and his family. Where’s the outrage? Why is no one in jail or hanging from a yardarm? Your silence is your approval.

Now we have Big Tech censoring us…censoring the very President of the United States! Because of you, our voices are now censored in the public square, violating our first amendment right to free speech. Where are you? You are not protecting our rights! For working only a few months out of each year and making top dollar, you appear to help no one but yourselves. Are the Big Tech deals too good to pass up? Do values and the Constitution mean nothing to you? Why did you even run for office in the first place?

And the 2020 Presidential election. It’s obvious to everyone that the Democrats cheated by having Democrat votes magically appear in the middle of the night – all in key swing states, mind you. And we know you’re going to do nothing, again. We’ve seen the fraud and the cheating. We know the logistics. We’ve done our jobs by voting and paying attention. How about you do your jobs and start arresting people? Why is Joe Biden the President and not in jail for corruption? Why are his cronies allowed to flout our election laws?

For years, the American people have slaved away and tolerated you as a necessary evil. You are not necessary anymore. You have not protected anything for the American citizen!

We have watched as our elected officials enter Congress as ordinary folks and leave as multi-millionaires.

We have watched as education became a joke of wholly un-mathematical math, gold stars for all, and self-loathing anti-Americanism.

We watched as you took a broken healthcare insurance system and made it infinitely worse by adding more government to the problem rather than removing it altogether to let a truly free market help us.

We have watched as people who hate us call for our destruction while they openly steal the 2020 election and then tell us that it’s all honest and fair.

We have watched as governors and mayors transformed themselves into tyrants by completely ignoring our constitution, usurping power, and creating laws out of thin air, all in the name of, “public safety.”

You force small businesses to close, but let the big donors and their businesses remain open during a pandemic, because science.

You tell us to remain locked in our homes while you dine at the finest restaurants, ignoring the very rules you created for the peasants.

We have watched as education became a joke of wholly un-mathematical math, gold stars for all, and self-loathing anti-Americanism.

We watched as you took a broken healthcare insurance system and made it infinitely worse by adding more government to the problem rather than removing it altogether to let a truly free market help us.

We have watched as people who hate us call for our destruction while they openly steal the 2020 election and then tell us that it’s all honest and fair.

We have watched as governors and mayors transformed themselves into tyrants by completely ignoring our constitution, usurping power, and creating laws out of thin air, all in the name of, “public safety.”

You force small businesses to close, but let the big donors and their businesses remain open during a pandemic, because science.

You tell us to remain locked in our homes while you dine at the finest restaurants, ignoring the very rules you created for the peasants.

You have said women are free to dismember and kill babies in their wombs because, “My body, my choice,” but God help the same woman if her face is not covered with a useless paper mask or if she refuses a rushed vaccine.

And God forbid we dare to use science to declare that there are only two genders as proven by DNA. (But a disease with a 99.97% survival rate is a deadly pandemic worth murdering an economy over. Because science.)

Because of you, half of what the American family earns is stolen by the government each year. What’s left doesn’t go far, just enough to cover the basics.

You do nothing when anarchists loot businesses and set cities ablaze all in the name of, “social justice,” whatever that is.

You stay silent when anarchists call for the de-funding of police.

You allow illegal aliens to enter our country and steal our jobs, and then allow them to use our system for “free” services at our expense.

You stay silent when uneducated liberals destroy statues we paid for that encourage us to confront our history so that we may learn from it.

You do nothing when our speech is silenced, our gun rights are infringed, and our private property stolen through Civil Asset Forfeiture laws.

You have the unmitigated gall to propose we get $600 of our own money for being locked in our homes and unable to work for nearly a year (from your directive) while sending billions of our dollars overseas for programs like, “Pakistani Gender Equality.”

You refuse to pass a budget and instead kick that can down a circular road that never ends.

You outsource the writing of our laws to some three-letter agency that is unaccountable to the American people, and then you have the nerve to not even read them, but yet vote for them.

You are the ones who divide people into races, classes, and genders, not us.

You say nothing when the media and politicians insist we, “stormed the Capitol” during the “Capitol Riots,” failing to notice that we had the presence of mind to stay within the designated velvet ropes while ignoring the opportunity to vandalize the statues in Statuary Hall, unlike the “peaceful protesters” of 2020.

All we Nobody Americans ever wanted was to be heard, have a little patch of land to raise a family, a job to pay the bills, an equal application of the law, and at least some illusion of freedom. Even that was too much. Instead, you blame President Trump for your failures.

The New Normal for Conservatives

We are done with politicians! For years we paid our taxes, voted for you, and prayed some crumbs would fall down beside us so we could retain the slightest bit of dignity. No more. We don’t need you and we will not suffer you any longer, regardless of your politics, promises, or party.

By your inaction, you have told the American people: People can cheat and commit crimes and not get punished; You can go through the motions of voting, but we pick who we want through our actions or lack thereof; Only the rich and elite get privilege, the working man is just a sucker and a pawn for us to play with and not to be cared about.

From now on, you can expect us to not vote for anyone ever again, not pay taxes, circumvent every legal system possible, work off the books, lie to every government employee, and cheat the government at every turn. Why should we do anything for the government ever again? Because it’s our, “civic duty”? Bullshit! As politicians representing us, your civic duty is to protect the rights of the American citizen, arrest corrupt politicians, ensure our elections are fair and honest, apply the law equally, and help make the lives of the American citizen better. Have you done that, even once?

Even the simplest of businesses is a nightmare to get off the ground because of all the fees, taxes, and restrictions – all created by worthless politicians.

Congress, governors, mayors…you would all be more useful if you hung drywall. By not doing your jobs correctly, corrupt politicians remain emboldened and will never die. Without prison, the corruption will never end. Without fair elections, our country is lost. Thanks for nothing to every single one of you who would rather line your pockets and make deals rather than cling to true American values.

Don’t ask me to pledge to the flag, salute the troops (of which I was one), or shoot fireworks on the 4th of July. It’s a sick, twisted, heartbreaking joke, this bloated, unrecognizable corpse of a republic that once was ours. Our founders would be aghast.

Americans can run their own lives and businesses just fine without a useless government. Our investment in you has ended. We are firing you by ignoring you and every law and regulation you’ve ever created.

Unlike you, we’re Americans that pray to God and thank Him for what we have. We got this. You can all go to hell and get what you deserve!

– The Lawful and Legal Citizens of these  Divided States of America.