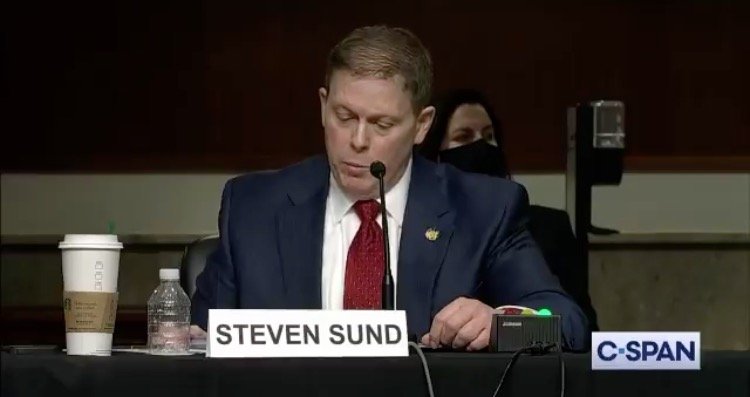 Ex-Capitol Police Chief Steven Sund dropped a bombshell on lawmakers on Tuesday in his opening statement during a hearing before the Senate Rules and Homeland Security committees.

Mr. Sund testified that according to intelligence gathered by law enforcement groups, members of the Proud Boys, white supremacist groups, ANTIFA and other extremist groups were expected to participate on January 6 and that they may be inclined to become violent.

According to a former FBI agent on the ground at the US Capitol, at least one bus load of Antifa goons infiltrated the Trump rally as part of a false flag operation.

Senator Ron Johnson (R-WI) on Tuesday entered into the record explosive testimony of eyewitness accounts from Michael Waller detailing how he saw “agents-provocateurs” at the Capitol.

An eyewitness account that I read excerpts from in today’s hearing provides a different perspective on what, why and how things got out of control at the Capitol on Jan. 6 @[email protected]://t.co/hp0T2qT8nv

Michael Waller, a senior analyst for strategy at the Center for Security Policy specializing in propaganda, political warfare, psychological warfare, and subversion, said he was at the Capitol on January 6 and witnessed:

Plainclothes militants. Militant, aggressive men in Donald Trump and MAGA gear at a front police line at the base of the temporary presidential inaugural platform;Agents-provocateurs. Scattered groups of men exhorting the marchers to gather closely and tightly toward the center of the outside of the Capitol building and prevent them from leaving;Fake Trump protesters. A few young men wearing Trump or MAGA hats backwards and who did not fit in with the rest of the crowd in terms of their actions and demeanor, whom I presumed to be Antifa or other leftist agitators; andDisciplined, uniformed column of attackers. A column of organized, disciplined men, wearing similar but not identical camouflage uniforms and black gear, some with helmets and GoPro cameras or wearing subdued Punisher skull patches.

Well known Antifa-Insurgence leader John Earl Sullivan was arrested in Utah after the US Capitol riots.

Antifa protester John Sullivan was caught on video posing as a Trump supporter during the rioting at the US Capitol on January 6th.

Despite all of the reports indicating that Antifa played a role in the January 6 riot, the media continues to blame President Trump and his supporters.