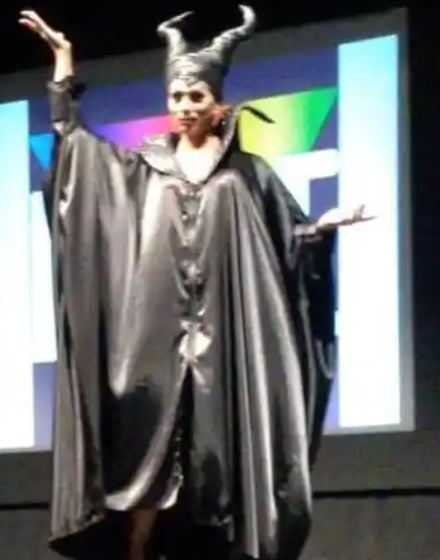 A bar in Eugene, Oregon, is hosting a drag show featuring an 11-year-old child who regularly dances, performs, and solicits cash tips from adults. The venue also holds “bondage,” “fetish,” and “voyeur” nights, inviting adults to explore “the darkest parts of dreams.”

The venue aggressively recruits minors to attend its drag queen event, with free admissions for “kids 10 and under.”

This is the troupe that will conduct a drag show for kids in Oregon this weekend. It’s literally Satanic. They will have an 11-year-old child perform. Remember when we only had to worry about criticizing pageant moms?

NSFW: Here’s a video from Old Nick’s Pub, the Eugene, Oregon, venue that’s hosting a child drag show this weekend, featuring a performance by an 11-year-old child and free admission for “kids 10 and under.”

When people tell you who they are, believe them.pic.twitter.com/LiFmFaLrfR

You haven’t seen a thing until you go to Katy, Texas and watch the Church’s demonic shows.

These things are popping up everywhere. Just google it. We used to have the Catholic Church with its coding of movies, but that’s gone.

In fact, in one Catholic School District, more than 14,700 concerned students and parents signed the TFP Student Action e-protest, calling for canceling a pro-homosexual “drag show” at the Catholic University of San Diego.

The outcry meant nothing.

University officials decided to support the April 10 “drag show” on campus, which was Satanic.

According to a report published by the Freedom of Conscience Defense Fund, the 2014 drag show featured a professional transvestite and open homosexual who performed for Catholic students in a satanic dress with horns while extolling the choice of evil over good.  The crowd cheered wildly as he lip-synced the words to the song “Good N’ Evil” by Linda Eder. The song is about evil being good and “heaven must lose.”

“The drag show concluded with a student representative of USD Gay Pride thanking ‘the school for letting this happen…[because]…as you know some people may find this conversation uncomfortable…[however]…this is a testament to our…Catholic identity and our mission and values as a Catholic school to promote diversity and inclusion.’

The “diversity and inclusion” mantra of the Marxist minions is eating away at what used to be Catholic values. They are destroying the church from within.

The Epilogue to the Satanic Performance for Drag KidsJune 5, 2022In “Home of News, Politics & Opinion”

Watch the promo of a new generation of drag queens as a GOOD THING???June 7, 2019In “Home of News, Politics & Opinion”