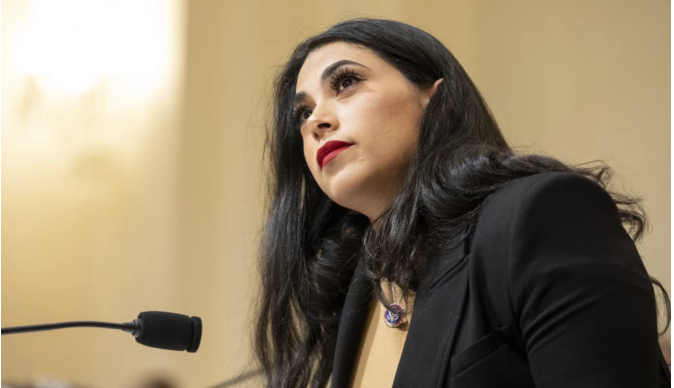 Mayra Flores , a 36-year-old Republican woman, won the special election for Texas’s 34th Congressional District earlier this year. She made headlines as the first Mexican-born woman elected to serve in Congress and one of the few Republicans ever to represent the Rio Grande Valley. She is in a tough midterm election race, in part due to redistricting.

This is a tired and sexist attack. Flores has been outspoken on many issues. Gonzalez could have focused on her voting record, campaign, or positions. Instead, he attacked her as a puppet who is incapable of making her own decisions. He is infantilizing her and deliberately downplaying her success. As a one-off, this might just seem like a politician hurling a desperate attack in the final weeks of a hard-fought campaign. But it is more than that. It is part of a pattern of Democrats attacking Republican women for supposedly not being able to make up their own minds or control their actions.

Barbra Streisand , for example, justified Hillary Clinton’s 2016 loss by saying, “A lot of women vote the way their husbands vote; they don’t believe enough in their own thoughts. Maybe that woman who’s so articulate, so experienced and so fit for the presidency [Hillary] was too intimidating.”

Former first lady Michelle Obama  similarly  said , “What does it mean for us as women that we look at those two candidates, as women, and many of us said, ‘That guy, he’s better for me, his voice is more true to me.’ Well, to me that just says you don’t like your voice. You like the thing you’re told to like.”

This is a demeaning, insulting, and belittling line of attack. It needs to end.

Women of all political stripes are more than capable of thinking for themselves. That means women will disagree on any number of issues.

Those of us who embrace conservative principles do so because we believe they truly are best for the country. We study the issues and make up our own minds.

We don’t expect men to all vote, act, or speak the same. So why is it that some people expect women to only think one way? When was the last time you heard someone claim Republican men are controlled by women? Why is it always the other way around?

Gonzalez’s sexist remarks about Flores speak volumes about his campaign — and his character. He should apologize to her immediately.

Karin Lips is the president of the Network of Enlightened Women and a senior fellow with the Independent Women’s Forum. You can follow her on Twitter at @klips and on Instagram at @karin.lips.

3 Seas Initiative: America’s opportunity in Europe to advance national interests
By: Anthony B. Kim
Biden would turn abortion into a sacred ceremony
By: Quin Hillyer
Republicans must not blow their midterm elections responsibility
By: Alexander Salter

Sign up now to get the Washington Examiner’s breaking news and timely commentary delivered right to your inbox.
OPINIONBELTWAY CONFIDENTIALBLOG CONTRIBUTORSOPINIONSEXISMMAYRA FLORESDEMOCRATIC PARTY
Share on: