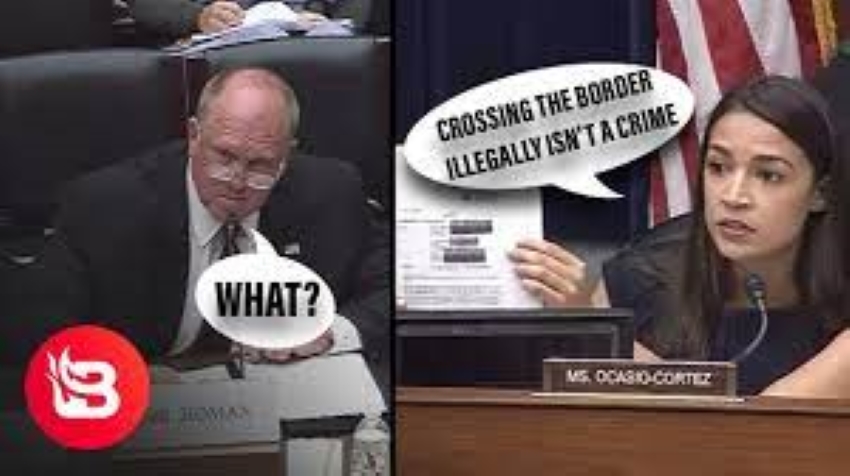 Pressed to defend Vice President Kamala Harris’s contention in a weekend interview that the border is secure, President Joe Biden’s top spokeswoman said the administration is doing better on that front than its predecessors.

The U.S. government encountered at least 1.66 million migrants entering the southwestern border without authorization in the fiscal year 2021. The Border Patrol is on track to hit 2 million this fiscal year.

TROUBLE IN PARADISE FOR THE GOP? A CLOSER LOOK AT THE FLORIDA POLLS

“We are doing a lot more [than former President Donald Trump] to secure the border and could be doing even more if Republicans would stop their obstruction,” she said.

Jean-Pierre added that the Biden team inherited a broken immigration system and the Trump administration “largely just tried to build a wall … and couldn’t even finish that in four years.”

She then hit congressional Republicans on border security funding: “Many of them who would like to invite me to the border have actually voted against that.”

Biden’s spokeswoman was asked about an interview Harris gave on Sunday to NBC’s Meet the Press. “Since we’re here in Texas, I want to ask you about the border,” host Chuck Todd began. “Would you call the border secure?”

“I think there is no question that we have to do what the president and I asked Congress to do, the first request we made: Pass a bill to create a pathway to citizenship,” the vice president replied. “The border is secure, but we also have a broken immigration system, in particular, over the last four years before we came in, and it needs to be fixed.”

“We’re going to have two million people cross this border for the first time ever. You’re confident this border’s secure?” he asked.

“We have a secure border in that that is a priority for any nation, including ours and our administration,” Harris replied. “But there are still a lot of problems that we are trying to fix given the deterioration that happened over the last four years. We also have to put into place a law and a plan for a pathway for citizenship for the millions of people who are here and are prepared to do what is legally required to gain citizenship.”

“We don’t have that in place because people are playing politics in a state like this and in Congress,” she said of Texas. “By the way, you want to talk about bipartisanship on an issue that at one time was a bipartisan issue, both in terms of Republican senators and even presidents.”

Congressional Democrats have not attempted to pass immigration legislation since Biden has been in the White House, despite controlling both chambers. They did not do so during Biden’s first two years as vice president either, despite briefly holding a filibuster-proof majority in the Senate and having even firmer control of Congress at that time.

Jean-Pierre has personally clashed with Republicans, including Sen. Ted Cruz (R-TX), over the state of the border.

The press secretary disputed reports that migrants were simply walking across the border. Cruz invited her to come watch.

Jean-Pierre touted the administration’s success in intercepting fentanyl at the border.

CLICK HERE TO READ MORE IN THE WASHINGTON EXAMINER

Many Republicans have attributed the migration surge to Biden easing Trump-era immigration controls and promising to sign legislation that will make it easier to stay in the country.

The Biden administration’s first southwest border coordinator conceded that migrants respond to “hope” in the form of policy changes.