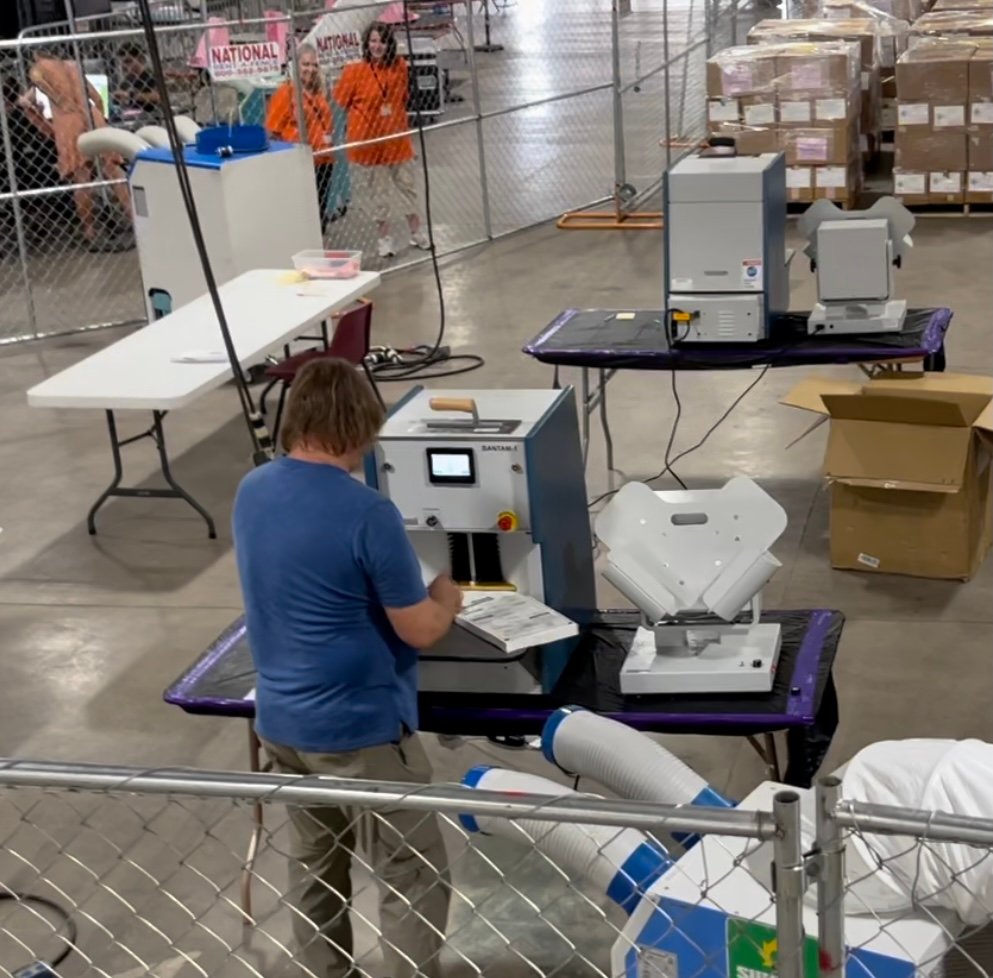 The Arizona audit continued on Tuesday with new ballot-counting machines and new equipment to prepare the ballots to be counted.

The Gateway Pundit reported that the new machines were moved onsight in order to guarantee 100% accuracy in the ballot totals.

EXCLUSIVE: New Machines Used to Recount Ballots in Arizona Will Count Batches 600 Ballots at a Time

The new machines are still in the calibration phase to ensure that they are working correctly.

New paper jogger equipment that aligns and prepares stacks of ballots to be counted has been delivered to the Wesley Bolin Building.

In the video below, an audit official is seen testing the machines and using the paper jogger to prepare ballots.

Within a matter of seconds, a stack of ballots can be counted using these paper counting machines.

Audit Spokesman Randy Pullen told The Gateway Pundit that these machines were capable of counting up to 600 ballots at once!

These machines will be in use officially counting ballots on Wednesday.

Why would they still be counting if they were not finding HUGE, election-changing discrepancies?

They are preparing for the most consequential litigation in world history.

The ballot totals do not match and we will be 100% sure of the discrepancy total once the report is released.