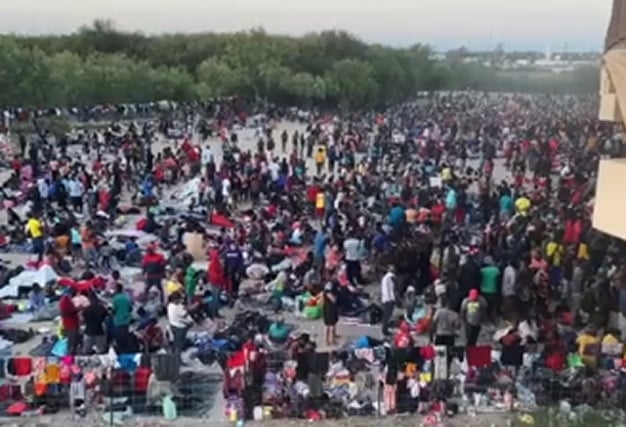 One of the reasons that so many illegal immigrants come to America is for health care.

In Arizona, one border hospital is being stretched to the breaking point.

They’ve been hit with a $20 million dollar bill. Could any community in the entire country handle this?

An Arizona border hospital has been left with $20 million in unpaid medial services from the massive influx of illegal immigrants over the past six months.

Transchel said anyone coming to the hospital receives the “same level of medical care” regardless of immigration status, including surgeries and intensive care.

“People always think they’re coming in with coughs and colds, but that’s not really the case,” Transchel said. “You have individuals come in that need dialysis, that need heart surgery, that need cardiac catheterization. We’ve had women come into our labor and delivery unit that have delivered infants that need to be in the neonatal ICU for sometimes months at a time.”

Additionally, Transchel said the hospital has been treating a slew of chronic illnesses left unattended.

As his hospital is burdened with the costs, Transchel said state and federal officials are “sympathetic,” but “nobody is offering a payer source for these individuals.”

“It’s an unsustainable business model to have your expenses increased by an external entity consistently and increasingly without any concomitant revenue source,” he said.

This cannot go on forever.

Yuma Regional Medical Center has over $20 million in unpaid expense due to giving care to illegal aliens who get injured or sick making the journey to the United States. https://t.co/IC2XaOx31u

Yuma Regional Medical Center is owed $20 million for medical services provided to illegal aliens, its CEO says, but the Arizona hospital has no one to bill.https://t.co/ZAHMB6ZYfu

Who is going to pay this bill? Taxpayers?