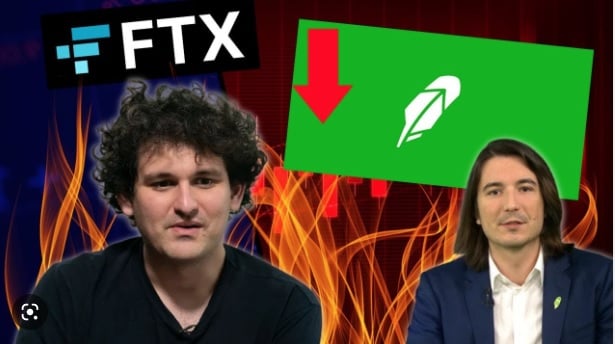 Sam Bankman-Fried and his Stanford law professor parents, Joe Bankman and Barbara Fried are highly anxious legal fees will bankrupt the family. However, they received an unheard-of precedent by the Obama-appointed judge, Ronnie Abrams, granting a $250 million recognizant bond secured by his parents’ home valued at $4 million and a court-ordered ruling hiding two sureties.  Judge Ronnie Abrams has since recused herself from the criminal case due to her husband’s firm relationship with FTX.

Obama Judge Ronnie Abrams Recuses Herself from FTX Case Due to Husband’s Conflicts After Setting Low Bail for SBF, Ellison and Wang and Setting Them Free

SBF’s latest and outrageous legal maneuver demands $450 million in Robinhood stock be handed over by the bankruptcy court to pay his legal bills.

SBF then conveyed ownership to his off-shore Antigua corporation, Emergent Fidelity Technologies, secured by promissory notes to Alameda. Off-shoring is a strategy for tax avoidance, relaxed regulations, or asset protection. Emergent and SBF subsequently filed a 13DThe current market price of Robinhood has collapsed, resulting in a $189 million unrealized loss to Emergent or, in substance, FTX creditors. 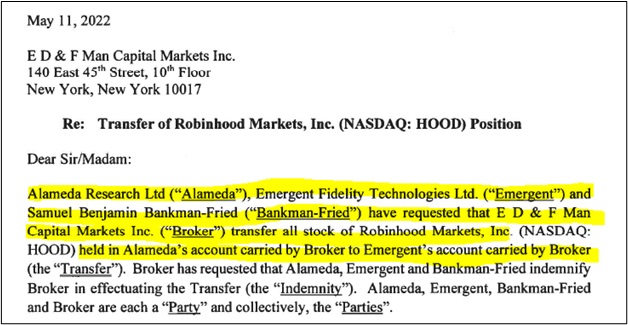 What audacity to demand the release of shares to provide adequate legal defense for SBF while “the FTX creditors face only the possibility of economic loss.”

Bob Bishop is a forensic investigator who held a CPA license for over 30 years. His social media accounts are – YouTubeTwitter, and Linkedin