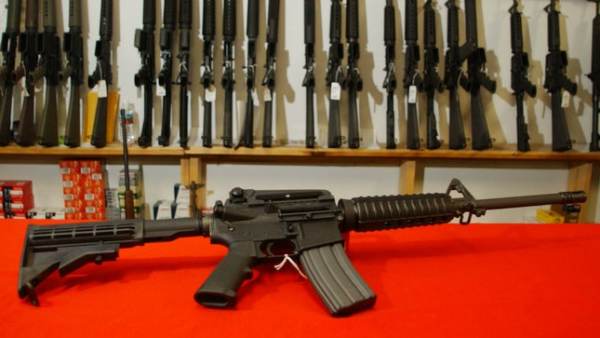 The Austin City Council has voted to “explore every option” to try and raise the minimum age for purchasing semi-automatic weapons.

The Texas city leaders are hoping to raise the age for purchasing certain rifles, like an AR-15, to 21.

Minutes for the meeting, reported by Fox News, included approval of “a resolution directing the City Manager to explore every option that would allow the City to prohibit or reduce the sale of AR-15 style weapons and other semi-automatic rifles to anyone below the age of 21.”

Speaking to the local Fox 7 station, Alison Alter, council member for District 10, said that the resolution was a response to recent mass shootings.

“This was prompted by Uvalde, by Buffalo, both situations where you had 18-year-olds who were legally able to purchase AR-15s and wreak destruction and to murder other people,” Alter said.

“Any life lost if a life that could have been saved by not having access to any AR-15 period,” Alter said. “I am the parent of a student who’s in high school and anything that we can do to restrict access to AR-15 makes my son safer and every other parents, kids in our community safer.”

Mackenzie Kelly, District 6 council member, argued against raising the minimum age, saying that it would be against the law.

“I believe that any attempt by Austin to restrict, regulate, or hamper the sales of firearms does violate state preemption laws. And that violation of the preemption law risks a lawsuit from the attorney general, which I think is a needless waste of taxpayer resources,” Kelly said.

Kelly also pointed out that the resolution would not prevent Austin residents from going to other towns to purchase weapons.