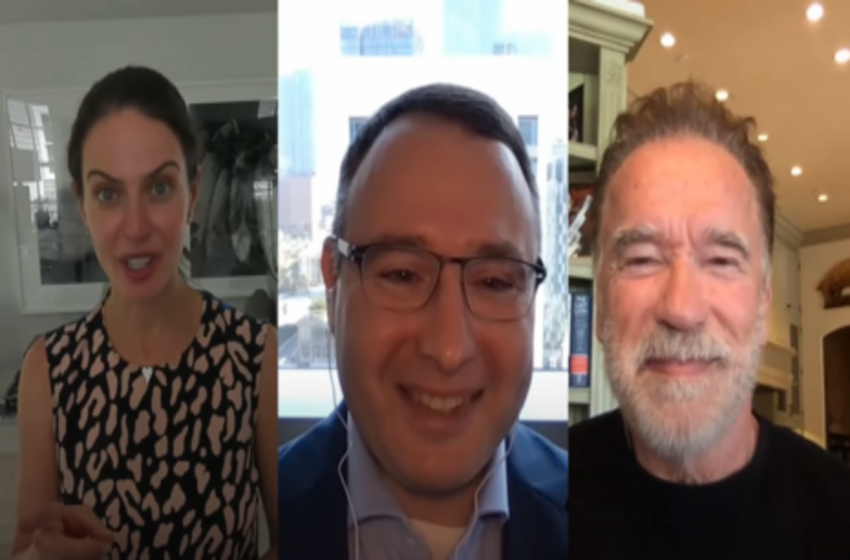 Former Governor of ‘Commi-fornia’ and Austrian-American actor Arnold Schwarzenegger exposed his true authoritarian side during an interview with Alexander Vindman on Wednesday. The so-called Republican criticized everyone who puts personal liberty above government control and said that when it comes to masks and vaccines, “screw your freedom.”

Schwarzenegger announced his appearance on Twitter and described the conversation as one focused on “country over party.” The discussion portrayed the exact opposite message, and he instead went on a rant about how the government should control the people when it comes to Covid-19 and stomp all over our God-given constitutional rights.

“The only way to treat the virus is to get vaccinated, wear masks and not to think ‘well my freedom is being kind of disturbed here,’” he said, adding:

No, screw your freedom.

Schwarzenegger continued by explaining that “with freedom comes obligations and responsibilities.

“We cannot just say, ‘I have the right to do X, Y and Z.’ When you affect other people, that is when it gets serious,” he said.

The 74-year-old then compared masks and vaccines to a “traffic light”:

You cannot say, ‘No one is going to tell me that I’m going to stop here, that I have to stop at this traffic light here. I’m going to go right through it.’ Then you kill someone else, and then it is your doing. So this is the same thing with the virus. You cannot go and not put the mask on, because when you breathe you can infect someone.

Except you can if you make the choice to break the law then you suffer the consequences, but you still have the free will to choose. The right to make your own decisions regarding personal health is not the same as actively breaking a law. The left argues in favor of body autonomy when it comes to killing a baby in the womb, but not when it comes to a virus with a 1.7% fatality rate. But we all know that Hollywood wouldn’t accept him if he didn’t adopt leftist viewpoints.

Even better, the discussion was hosted with CNN’s Bianna Golodryga and Vindman to promote Vindman’s new book, Here, Right Matters.

In case you forgot, Vindman was the “star witness for House Democrats” during Trump’s first impeachment.

To top it all off, Schwarzenegger’s father was a member of Hitler’s Brownshirts:

The More You Know pic.twitter.com/OYapYvOqSf

“I don’t want to villainize anyone here,” he continued, “but I just wanted to tell everyone, let’s work together and let’s stop fighting because there is a virus, and it’s better to get vaccinated than wear a mask.”

But, even when you’re vaccinated you can still spread the virus. Not to mention the most vaccine hesitant people are those with the most education.

Go somewhere else if you want to be controlled by the government, because true Americans understand the value of freedom.