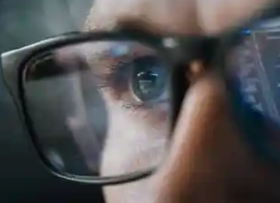 A Trump campaign attorney, Christina Bobb, revealed that election recorder Stephen Richer urged CISA – The Cybersecurity and Infrastructure Security Agency – to collude with Big Tech to control the election narrative. Bobb obtained a confidential memo detailing a meeting in which the Maricopa County Recorder discussed shutting down opposing opinions on social media. Richer claimed the information was misinformation and disinformation.

Maricopa County Recorder Stephen Richer, one of the 2022 election supervisors, met with the CISA Cybersecurity Advisory Misinformation Subcommittee to get their help on countering what he described as misinformation coming out about the 2020 election in Maricopa County.

Richer suggested that the government agency work with media outlets like FOX and CNN and establish “boot camps to enhance media’s understanding of how elections are administered. If he wanted to increase understanding, why didn’t he go public?

Richer said he felt he would eventually be unable to run a safe and secure election with this misinformation flooding the Internet. He said the pressure on his staff was concerning. Richer cited an incident with alleged misinformation from The Gateway Pundit.

There are other avenues besides siccing the powerful government on people expressing opinions. Agencies are greatly overstepping their roles here.

Richer and another election supervisor, Bill Gates, also formed a PAC to eliminate MAGA candidates who he called “election deniers.”

The other election overseer was Katie Hobbs, the political opponent and now governor-elect.

It’s also appropriate to note that printers and tabulation machines went down for hours in 71 election districts in Maricopa, causing voters to leave the lines and not vote.

We know @CISAgov worked with Big Tech to alter the narrative around elections. This proves they were doing it with the intent to keep their activities hidden from the public. @stephen_richer cooperated with a federal agency cooperating with Big Tech to manipulate elections…

A few more pages detailing the efforts of a patently illegal enterprise pic.twitter.com/6bk9BBgrvu