Back in 1980, a young mother watched with horror as her infant son, who for 2.5 years was very healthy and at the top of all the growth and development charts for his age, began to deteriorate and start regressing just after his 4th DTP vaccine, which had caused convulsions just after being vaccinated, followed by life-long learning disabilities.

Barbara Loe Fisher began the painful task of researching the actual science behind the vaccine market, rather than just blindly trusting what Big Pharma and government health authorities were saying about the safety and efficacy of vaccines, turning her own personal family tragedy into what today has become the oldest and most effective vaccine advocacy organization in the world, blessing hundreds of thousands if not millions of lives through her work, and the organization she went on to co-found, the National Vaccine Information Center (NVIC).

This young mother, with no medical or science degree (which probably worked in her favor as she did not have to “unlearn” the brainwashing propaganda taught in universities by curriculum developed by the drug companies themselves) went on to become the most articulate and well-known champion of patient rights and the principle of “informed consent” to medical procedures, and was the go-to person for the corporate media to turn to in offering a dissenting opinion to Big Pharma and their talking heads regarding the rapidly-growing vaccine market.

Back in the 1980s and 1990s, it was still acceptable to honestly debate issues related to vaccines, whereas today to even ask a question about vaccine safety or efficacy is to be labeled a “quack” or the pejorative term “anti-vaxxer.”

Censorship is now the norm. Debate is not allowed, and it is easy to see why.

I have put together a 30-minute clip of some of Barbara’s more memorable appearances in the corporate media, dealing with hostile doctors, public health officials, and medical news broadcasters.

As you watch this, ask yourself: who is quoting REAL facts and REAL science, and who is basically reading a script and using an “appeal to authority” as Barbara takes on the toughest vaccine questions of the day throughout the years on matters such as the ever increasing number of vaccines approved and added to the CDC schedule where the pharmaceutical companies have no legal liabilities after 1986, the issue of forced vaccinations and punishing parents who do not vaccinate their children, to requiring vaccines as a condition for employment.

You will quickly learn that the issues we are facing today with the new COVID “vaccines” are many of the same issues that Barbara has had to deal with over the past 40 years.

Also watch some of the expressions on these medical doctors’ faces as they encounter the very well-informed Ms. Fisher.

Dr. Bob Zajac, a board-certified pediatrician who says he used to be a “vaccine bully” ridiculing parents for not believing in vaccines, eventually changed his mind after seeing the dramatic difference in health between the children in his practice who were vaccinated, and those children whose parents delayed or did not vaccinate at all.

However, he stated that he:

works with moms who read about 10 hours a day regarding vaccines.

They know more than I do.

That’s Barbara Loe Fisher, and she’s been doing it for over 40 years.

(We have this on both our Bitchute channel and Rumble channel.)

Barbara Loe Fisher is not only an incredible spokesperson for informed consent and vaccine rights, she is, by far, the best writer I have ever encountered on the topic as well.

Her treatise, From Nuremberg to California: Why Informed Consent Matters in the 21st Century from 2017, is a masterpiece, and should be required reading for all homeschool educators (public and private funded schools would never allow it!).

I am not sure in all of my years in covering this very important and very controversial topic, that I have ever found a literary treatise on the subject as eloquent and comprehensive as this piece just put together by Barbara Loe Fisher, the founder of the National Vaccine Information Center.

Revolutions that have changed the course of history have begun on lesser documents and exposés than what Barbara has written here, and I am not exaggerating.

This image has been used on a billboard in Times Square, New York City from time to time.

Since 1982, the National Vaccine Information Center (NVIC) has been the most exhaustive source of information regarding vaccines found anywhere.

They have an Advocacy Portal where you can sign up, for free, and be notified of any pending legislation or health edicts in your state that threaten ones right to informed consent to receiving vaccines, a right that was enumerated in the Nuremburg Code after WWII.

They have representatives serving as advocacy watchdogs in all 50 states.

Barbara and the NVIC were very active in the mid-1980s when Congress was pressured by Big Pharma to pass legislation that removed almost all legal liabilities to vaccines in the case of injury or death. They fought for the few rights that still exist for victims of vaccine injuries and deaths in the National Vaccine Injury Compensation Program. 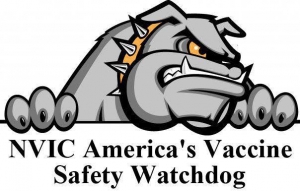 We are living in unprecedented times, where non-FDA approved vaccines, which have great risk for harm to begin with even when they are approved by the FDA, are now being tested on the American public as well as on citizens of most countries around the world all in the name of a COVID-19 pandemic.

Thousands of people have already died following these experimental injections, and hundreds of thousands have been injured.

Big Pharma and the government “health authorities” want to vaccinate every person on the planet, as Globalists like Bill Gates have already stated this is their purpose.

To do so, they will need to try to forcibly vaccinate those who choose not to get them.

Here in the U.S., it is highly unlikely that there will be any national orders or legislation passed to make COVID injections mandatory. Those battles, as always, will be fought at the State level.

And Big Pharma now has $TRILLIONS in their coffers through government COVID funding to “entice” state legislators and Governors to pass restrictive laws forcing vaccines unto those who do not want them. The American public is already being conditioned to accept “vaccine passports” as a condition to participate in society.

The NVIC is a non-profit organization with a history of fighting this kind of legislation for decades now. There is no one I would want in my corner fighting this fight more than Barbara Loe Fisher and her team at the NVIC.

But they need our help! They cannot win this battle alone. We all must do our part.

Facebook just recently removed their Page, cutting off a major way of disseminating their information and soliciting support.

It will also take finances. I have carefully investigated NVIC’s public IRS documents, and have worked with them for over a decade now, and this is the only non-profit organization I can recommend contributing to when it comes to our right to informed consent and transparency in the pharmaceutical industry and state governments in regards to vaccines.

Barbara Loe Fisher has fought this fight longer than any of us, and I fully recommend supporting her and the NVIC.

NVIC has the largest archives of scientific data and presentations on vaccines probably found anywhere, and they are offering several free gifts to those who make a contribution.

In addition, they are currently offering a Free Online Viewing of the NVIC Fifth International Public Conference on Vaccination held last year, and which originally cost $80 per ticket.

This Conference features 51 speakers who are leaders in the vaccine movement for informed consent, consisting of doctors, scientists, educators, advocates and more.

Being uninformed about vaccines is no longer an option! And it should be plain to everyone by now that massive censorship is happening in the corporate media and the Big Tech social media when it comes to vaccines.

The NVIC is your best destination to become informed, and your contributions will help them reach more people and fight legislation designed to remove informed consent to experimental products like “vaccines.”