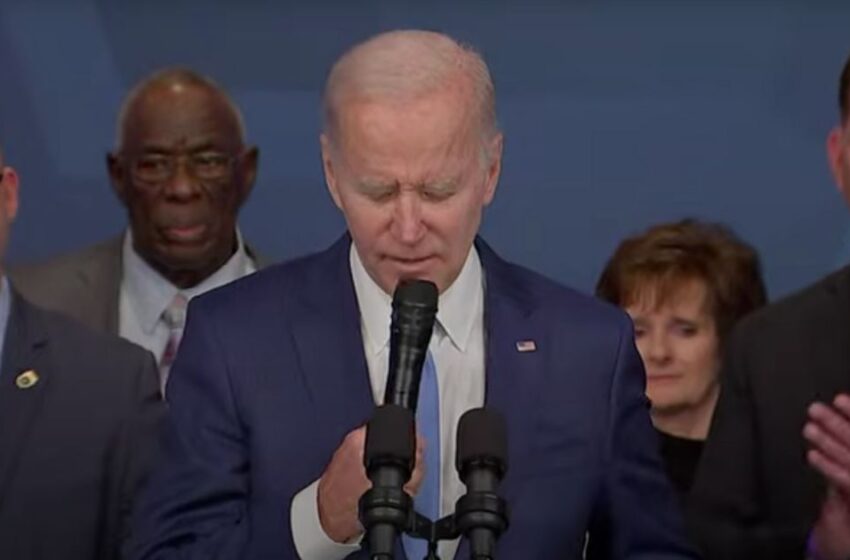 The results of Biden’s economic policies are taking effect.

TGP has reported multiple times on the effects of the Biden policies on the economy.

The effects of the Biden Administration’s policies affected last year’s markets as well.  Last year (2022) was the worst year since 1871 for the stock and bond markets combined.

The World Bank is now reporting that 2023 will see a recession. The report suggests that the economy in the US may just miss a recession but if it does, the growth rate for the year will barely be positive:

The global economy will come “perilously close” to a recession this year, led by weaker growth in all the world’s top economies — the United States, Europe and China — the World Bank warned on Tuesday.

In an annual report, the World Bank, which lends money to poorer countries for development projects, said it had slashed its forecast for global growth this year by nearly half, to just 1.7%, from its previous projection of 3%. If that forecast proves accurate, it would be the third-weakest annual expansion in three decades, behind only the deep recessions that resulted from the 2008 global financial crisis and the coronavirus pandemic in 2020.

Though the United States might avoid a recession this year — the World Bank predicts the U.S. economy will eke out growth of 0.5% — global weakness will likely pose another headwind for America’s businesses and consumers, on top of high prices and more expensive borrowing rates. The United States also remains vulnerable to further supply chain disruptions if COVID-19 keeps surging or Russia’s war in Ukraine worsens.