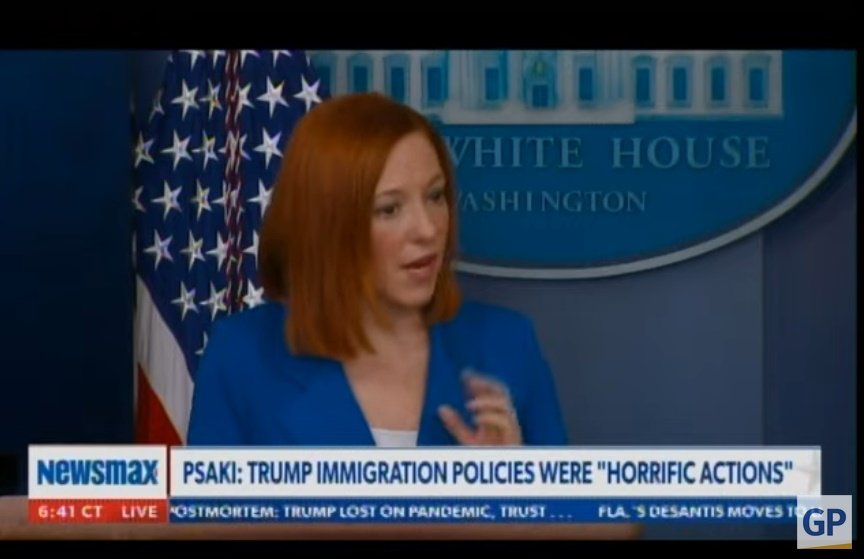 Biden hack Jen Psaki lies about the children at the border and President Trump’s amazing efforts in addressing illegal immigrants and Mark Morgan let her have it.

The Biden team and the Big Media and Big Tech are off to change history while doing everything Americans don’t want done.  Tonight Greg Kelly on Newsmax brought on the Director of US Border Protection Mark Morgan to address the comments from Biden’s mouth piece Jen Psaki.

The Biden team is blasting President Trump and his team for holding children at the border which is a policy the Obama gang started.  As we reported in August 2020, Obama and Biden used the pictures of the children in cages to hopefully deter immigrants from coming illegally to the US.  It didn’t work:

EXCLUSIVE: Democrat Attorney Confirms that Obama Actually Bragged About Using the Photos of Kids in Cages as Propaganda

But now Biden hack Psaki is trashing President Trump for Obama’s policy.  Director of US Border Patrol Mark Morgan was having none of it:

Let’s face it, open borders and kids in cages was a tactic the Obama Administration started and the Biden gang wants to start up again.