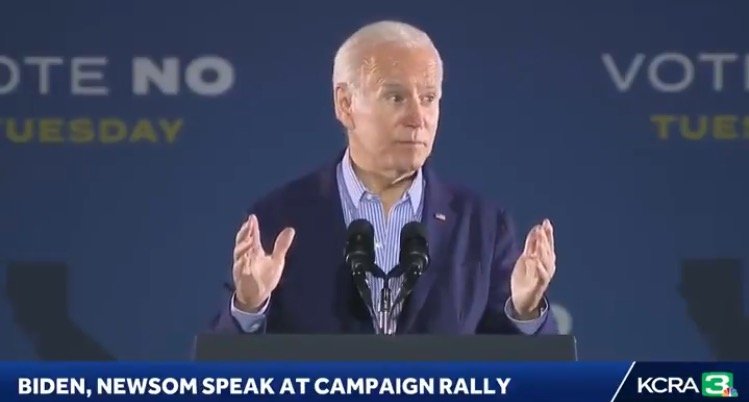 Protesters carrying “F*ck Biden” signs greeted Joe Biden at all of his stops in Idaho and California on Monday.

More than 1,000 Trump supporters carrying “F*ck Biden” signs lined up out outside of Long Beach City College where Biden is campaigning with Governor Gavin Newsom on the eve of the recall election.

Biden’s motorcade was booed by a mob of angry patriots as he pulled into the venue.

A desperate Joe Biden told the paltry crowd in Long Beach that if they don’t vote in favor of Newsom on Tuesday, they will end up with Donald Trump.

“I’m gonna make this as simple as I can,” said Biden. “You either keep Gavin Newsom as your governor or you’ll get Donald Trump. It’s not a joke.”

Biden: I’m going to make this as simple as I can. You either keep Gavin Newsom as your governor or you’ll get Donald Trump pic.twitter.com/IKdGlUe7Gv