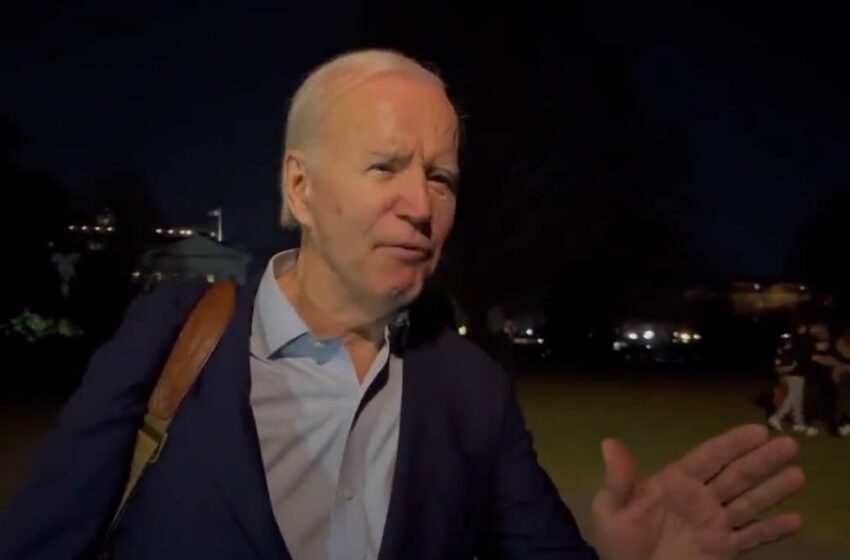 Joe Biden Tuesday evening stopped to talk to reporters before leaving for vacation in St. Croix.

Biden and his family of grifters are vacationing in St. Croix whilst Americans freeze to death.

“It’s unclear who owns the vacation property or whether Biden will be paying for his stay, though he has a long record of staying for free at the houses of wealthy Democratic donors.” the New York Post reported.

“The homeowner declined to identify themselves or disclose whether Biden will pay when contacted through the real estate company that handles leasing.” the Post said.

Dozens of Americans have died from the powerful winter storm that made its way across the US over the Christmas holiday weekend.

Thousands of Americans are stranded at airports after flight cancelations and delays.

Biden doesn’t have a care in the world.

He won’t be back from his latest vacation until January 2.

Joe Biden was asked about the Supreme Court’s decision to keep Title 42 in place as he left the White House.

The US Supreme Court on Tuesday temporarily halted the termination of Title 42.

The highest court of the land will hear the case in February.

“The court is not going to decide until June apparently, and in the meantime we have to enforce it— but I think it’s overdue,” Biden said as he departed the White House Tuesday evening.

“The court is not going to decide until June apparently, and in the meantime we have to enforce it— but I think it’s overdue.” (Video shot by @DJJuddpic.twitter.com/Ct8pAoiUwI