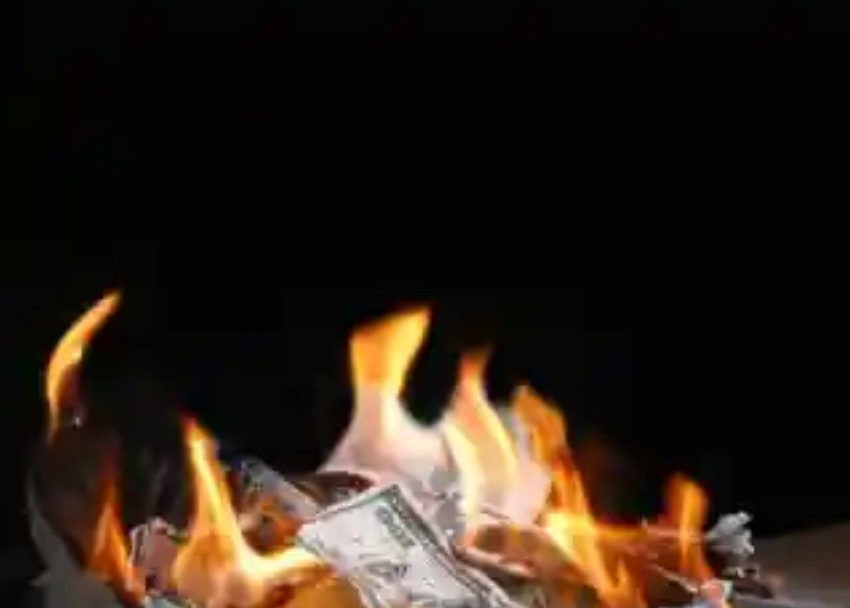 Back in November 2021, the White House paid drugmaker Pfizer nearly $5.3 billion ($5,290,000,000) for 10 million treatment courses of its experimental COVID-19 treatment.  Paxlovid is an antiviral combination of nirmatrelvir and ritonavir.

In December 2021 Pfizer claimed initial study findings showed that Paxlovid cut the risk of hospitalization and death by nearly 90% in people with mild to moderate coronavirus infections.  Without context, this statement is grossly misleading.  Just about everyone who gets the existing COVID-19 mutation will have mild or moderate disease yet, the drugmaker limited its study to people who were unvaccinated and who faced the greatest risk from the virus due to age or health problems, such as obesity.  An updated more recent analysis from 1,153 patients (out of a possible 2,246 patients) showed a lackluster, non-significant 51% relative risk reduction.  A sub-group analysis of 721 vaccinated adults with at least one risk factor for progression to severe COVID-19 showed a non-significant relative risk reduction in hospitalization or death (treatment arm: 3/361; placebo: 7/360)

According to Pfizer’s official June 14th, 2022 press release, results from the Phase 2/3 of the amended Paxlovid EPIC-SR (Evaluation of Protease Inhibition for COVID-19 in Standard-Risk Patients) study showed:

Tucked within Pfizer’s press release was the following financial nugget for investors:  “The results from these additional analyses are not expected to impact Pfizer’s full-year 2022 revenue guidance.”  The reason for that is: Pfizer already has $5.3 billion in hand from taxpayers, and has locked in “blockbuster status” (defined as one billion dollars in sales of a single drug).

In addition to the $5.3 billion already committed, in January the U.S. announced a confidential additional “commitment” to order an additional 10 million doses (at the price of 5.3 billion dollars more, for a total of $10.6 billion) giving Pfizer highly sought after “super blockbuster status” (defined as having 10 billion dollars in sales of a single drug).  “The administration is firmly committed to proceeding with the (additional) purchase” a White House official stated in April 2022.

According to Bloomberg, The White House initially sought $22.5 billion in new pandemic funding. Democrats were prepared to include just over $15 billion in a broad government spending bill earlier this year, but it was removed amid disputes with Republicans about whether it should be offset by spending cuts elsewhere in the government.

The $10 billion Senate bill includes a requirement that at least half the money must be spent on therapeutics, but why did Biden gamble every dollar on one, single drug from one single drugmaker? Why was Pfizer chosen to satisfy the therapeutics clause by itself?

Pfizer Altered its Paxlovid Protocol. . . After Receiving its first $5.3 billion:

As we can see, FDA Emergency Use Authorizations (EUAs) don’t always work out as they should, but in this case, it was because of some manipulative action by Pfizer and an outrageous and risky bet by the Biden White House.

That’s because with no public mention, Pfizer had secretly lowered its own bar following its EUA after the White House had committed to purchasing $5.3 billion dollars of product.  Pfizer stated:

“Following the Emergency Use Authorization of Paxlovid for individuals at high risk of progression to severe COVID-19, the protocol was amended to exclude high-risk individuals and allow enrollment of patients without risk factors for progression to severe COVID-19 who were either unvaccinated or whose last COVID-19 vaccination occurred more than 12 months from enrollment.”  (emphasis added)

This way, Pfizer was able to administer its drug to a less severely ill, and healthier population in hopes of having a superior efficacy signal and a decreased safety signal, but it still failed to show an adequate clinical effect on any of its prospective protocol-established endpoints.

In order to amend the protocol following FDA submission, Pfizer would have had to have communicated about it with the FDA formally and in writing.  A former Pfizer non-scientist executive, Patrizia Cavazzoni is now the head of the FDA’s Center for Drug Evaluation and Research, would have had to approve the change.  Interestingly, Pfizer’s protocol amendment was kept under such tight wraps, that it was not known about until the Pfizer June 2022 press release.  About a week prior, Yale University’s YaleMedicine publication had even published a lengthy article on the benefits of Paxlovid as quoting the outdated original protocol endpoints.  On June 7th, 2022, Pfizer CEO Albert Bourla announced plans to spend over $100 million to increase Paxlovid production and committing to hire hundreds of new employees as its way to maintain appearances with the White House and Pfizer investors.

Paxlovid is not the first example of “secret” and scientifically questionable decisions have been made outside of standard channels at the FDA under Patrizia Cavazzoni’s watch.  About a year ago, secret meetings surrounded Biogen’s multi-billion-dollar monoclonal antibody drug aducanumab (Aduhelm) for Alzheimer’s Disease, which had failed both safety and efficacy on every study it had attempted.  However, following contentious and potentially illegal, and unethical back-channel meeting with Biogen executives.  Biogen’s drug was approved by Cavazzoni against advice from FDA advisory committee members and FDA employees.  Cavazzoni affirmed her decision by writing a comically inadequate 1.5-page justification — which mostly quoted others’ opinions and did zero to address their debatable hypotheses.  Nearly every medical commentator  scolded Cavazzoni’s approval of aducanumab, calling it things like “false hope,” “bad medicine,” “disgraceful,” “dangerous” “a disaster” or “a new low.”  The circumstances surrounding Pfizer’s Paxlovid and clinical outcomes are similarly awful.

But unlike Biogen, I couldn’t even find any online record of a meeting, justifying the protocol amendment for Paxlovid by Cavazzoni, — let alone an inadequate one.  Pfizer would have had to provide detailed reasoning in its protocol amendment and the FDA kept those requests and those changes a secret.  It’s just another example of the total lack of FDA transparency.

I had opined in an op-ed article a year ago that Cavazzoni would continue to make questionable decisions due to her close ties and extended history of employment in big pharma.  Most of Cavazzoni’s career shows her working as a non-scientist big pharma executive.   She also has a conspicuous lack basic scientific or research experience for holding such a critical public health position. Unfortunately, I was correct, but it’s the taxpayer that will bear the failed Paxlovid gamble.

The White House Wasted Many Billions and Looks Stupid(er)

One question is:  why did the White House commit to and cut a blank check of taxpayer dollars before obtaining conclusive findings?

It’s not as if Pfizer is hurting for money or that Americans don’t already have multiple alternative inexpensive generic alternatives with a voluminous amount of peer-reviewed evidence behind them, covering decades and hundreds of thousands of patients.  Still, the Biden White House made the choice to purchase Paxlovid and ignore the historic 6th century BCE wisdom from the Proverbs of Ahiqar and “throw away two in the hand (ie, hydroxychloroquine and ivermectin) for one in the bush (Paxlovid).”

What we all have known for some time is that the dominant mutated variants of Delta and Omicron (which comprise >99%, of current cases per the CDC) infections are mild, and deaths and hospitalizations are down because most people only get minimal to moderate cold-like symptoms these days.  Even Johns Hopkins shows all-time record lows in COVID-19-related hospital ICU admissions.

Pfizer may have exaggerated its experimental product and been deceptive about changing its protocol without informing the public.  By trusting Pfizer and making a considerable gamble with taxpayer funds, the White House flushed $5.3 billion taxpayer dollars largely down the drain.  The White House is now on the hook for an additional $5.3 billion for a total of $10.6 billion for an ineffective COVID-19 treatment that Pfizer had already developed, when they could have spent almost nothing and promoted the established safety and efficacy of hydroxychloroquine and ivermectin with an established, superior outcome.  More practically, since Delta and Omicron are mild, we could have just let COVID-19 mutations run their course and treat infections symptomatically with available generic pharmacology so that individuals can obtain natural immunity.

What a preposterous and outrageous waste of taxpayer money.  Will President Biden or anyone else be held responsible?  I think we all know the answer to that.

Dr. David Gortler is a pharmacologist, pharmacist, and FDA and health care policy oversight fellow and FDA reform advocate at the Ethics and Public Policy Center think tank in Washington, DC. He was a professor of pharmacology and biotechnology at the Yale University School of Medicine, where he also served as a faculty appointee to the Yale University Bioethics Center.  While at Yale, he was recruited by the FDA and become a medical officer who was later appointed as senior advisor to the FDA commissioner for drug safety, FDA science policy, and FDA regulatory affairs.  He is an exiled columnist from Forbes, where he used to write on drug safety, healthcare politics, and FDA policy.

NY Gov: All Non-Whites Get Monoclonal Antibodies, Whites Only Get Them with Underlying ConditionsDecember 31, 2021In “Home of News, Politics & Opinion”

NY’s Unelected Gov’s trying to Kill Whites – There Is No Other Reasonable ExplanationJanuary 2, 2022In “Home of News, Politics & Opinion”

Details on the Walkouts/Slowdowns & We Must Keep It UpOctober 11, 2021In “Home of News, Politics & Opinion”