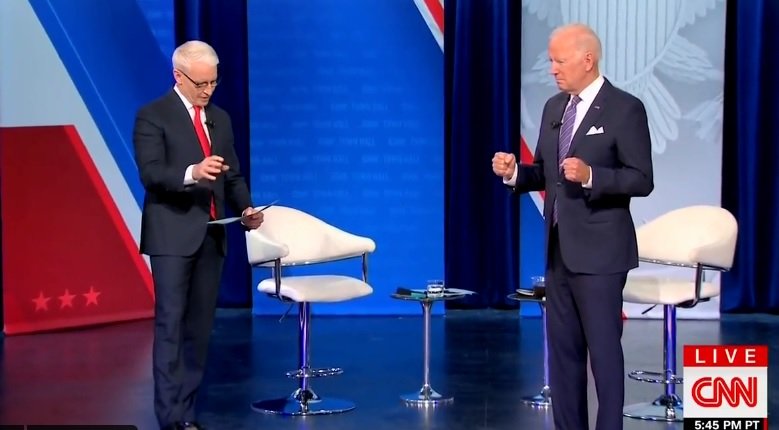 Joe Biden held a town hall event on CNN this week with an audience that was full of ‘invitation only’ attendees.

The ratings were absolutely awful. FOX News beat them with its regular programming.

Who wants to hear Biden give answers to planned questions from an audience of fans? Not very many people, it turns out.

President Biden turned to CNN to perform a town hall on Thursday night, marking the second time the White House has chosen the network in the past three months in this kind of format.

And the ratings were horrific, even by Biden’s standards.

According to early numbers from Nielsen Media Research, the Biden town hall from Baltimore, which was moderated by Anderson Cooper, delivered just 1.2 million viewers from 8 p.m. ET to 9:30 p.m. In the younger demographic (25 to 54-year-olds) that advertisers covet most, the commander in chief commanded a paltry 271,000 viewers.

For even more context, Biden drew 3.4 million viewers during his first town hall as president on CNN in February. Thursday night’s audience, marking more than a 60 percent drop.

If you skipped it, like most of the country, here’s a sample of what you missed:

People got creative with memes.

There is going to come a point very soon where even the liberal media won’t be able to cover for this buffoon.