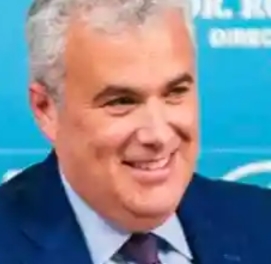 Fox News reports that much of Jeff Zients Wikipedia page was scrubbed when he was vying for the job of Obama COVID csar. They say much of it is back now, although the comment about him likely being a Republican is gone. From what we’ve seen of Jeff Zients so far, the Left can have him.

He’s another Romney-like corporatist who wanted the US to pay for vaccines globally.

What we think we are seeing is the dangerous marriage of corporations and the government. Mussolini missed out on this opportunity – born too soon. People should be very concerned about Wall Street-DC ties.

For all the Democrat talk about hating multi-millionaires and billionaires, he’s extraordinarily rich and appears to be more of a vulture than a capitalist.

Zients worked in management consulting for Mercer Management Consulting and Bain & Company and then was a chief operating officer of DGB Enterprises.

He is the founder and a managing partner in privately-held Portfolio Logic LLC, an investment firm primarily focused on pediatric healthcare and business services companies.

Don’t you have to be a vulture to get as far as he has?

He was a member of the board of directors of XM Satellite Radio until its 2008 merger. He was a board member at Sirius XM Radio until his Senate confirmation and is a current board member of Revolution Health Group, which is a holding company investing in consumer-driven healthcare, Best Practices which outsources emergency medical services, and Timbuk2 Designs, a retailer of backpacks, apparel and messenger bags.

In 2005, he worked to bring Major League Baseball back to Washington with venture capitalist Fred Malek forming the Washington Baseball Club, one of eight or nine groups vying to buy the Washington Nationals. The club included Colin Powell, AOL founding CEO James Kinsey, attorney Vernon Jordan, Darrell Green formerly of the Washington Redskins, Fannie Mae chairman Franklin Raines and others.[3] Malek was going to be the managing partner for the first three years when Zients would take over. They came close to owning the team but lost to another group led by the Lerner family.

He’s a vulture capitalist, and a threat. His ties to Wall Street and the revolving door of corporatism and government are alarming.

He has twenty years of experience and specializes in advising healthcare companies on business practices. Undoubtedly, they all conform to Wall Street’s ideals.

He’s a rich Democrat vulture who appears to have flexible ethical principles in that he is willing to hide what he is if it benefits him. Vulture! He’s perfect for Biden and the climate-vaccine wars.

Clown Show: COVID Czar Says US Needs to Pay to Jab the WorldApril 6, 2022In “Home of News, Politics & Opinion”