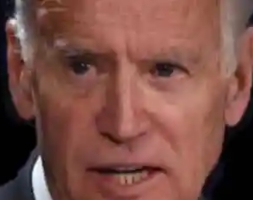 According to public records reported by the New York Post, at least $54 million was donated to Biden’s [fake] think tank at Penn by persons or entities linked to the Chinese Communist Party.  The money was donated between 2014 and 2019 to the Penn Biden Center for Diplomacy and Global Engagement at the elite University of Pennsylvania.

A University of Pennsylvania spokesman denied any anonymous Chinese money had gone to the center.

In addition to the possibility of a corrupt $54M donation, Biden basically stole those documents and did it with intent.

On Tuesday, Mike Davis, Founder, and President of the Article III Project, joined Jesse Watters Primetime to discuss classified documents being discovered in the Penn Biden Center just days before the 2022 midterm election:

“It’s just not credible. And remember, President Trump had the absolute constitutional power under the Commander in Chief clause and the absolute statutory power under the Presidential Records Act to declassify and take records when he left office as president, he did that. The Biden Attorney General, Merrick Garland, sent an unnecessary, unlawful, unprecedented home raid to go get those documents and made a political charade out of it. What are they doing about then-Vice President Joe Biden, who had no power to take these records?

“This is a clear violation of the Espionage Act for then former Vice President Joe Biden to have these records, and remember, there is smoking gun evidence that Joe Biden, his son, Hunter, and Joe’s brother, James, were on Chinese and Ukrainian oligarchs’ payrolls. So he’s clearly compromised. He has these classified records in his possession. And as you discussed in your monologue, Jesse, he actually moved them from January 20, 2017…when he moved into the Biden Center at UPenn in February of 2018. So that shows that he had intent, he knew what he had, and he moved them,” Davis said. 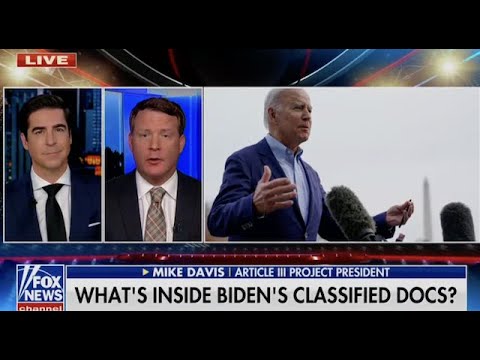 BIDEN IS BETRAYING US AS WE SPEAK

We don’t know yet about the $54M, but this information has gone around for years and needs investigation.

I write this a day after Biden made it clear that he is continuing an open borders pact with the narco nation of Mexico and the WEF nation of Canada.

Not for nothing, but does anyone wonder about the irony of a think tank at an elite university in honor of a man with a serious mental acuity problem?

This Is Why Biden’s Classified Documents Are a ProblemJanuary 10, 2023In “Home of News, Politics & Opinion”

Biden won’t reveal donors or say if his center takes money from ChinaMay 24, 2020In “Home of News, Politics & Opinion”