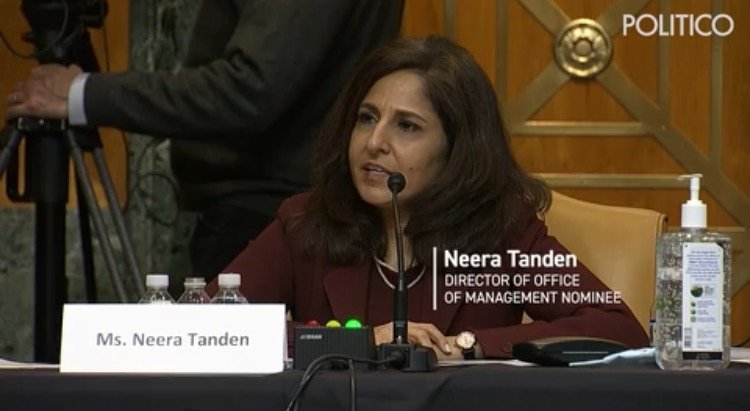 The nominee, Neera Tanden, was one of the most vocal Russiagate conspiracy theorists. She not only attacked Republicans while she was working for Hillary Clinton, but also went for the throats of Sen. Bernie Sanders and his supporters.

Earlier this month, Senators from both sides of the aisle slammed Neera Tanden during her confirmation hearing over her past attacks against lawmakers.

Senator Joe Manchin (D-WV) – a so-called moderate Democrat – announced on Friday that he would vote against Tanden’s nomination, putting her confirmation in jeopardy in a 50-50 Senate.

According to Axios, Susan Collins is also likely going to vote “no” on Neera Tanden.

Close associates of Sen. Susan Collins (R-Maine) tell Axios they’re convinced she’ll vote against Neera Tanden to be the director of the Office of Management and Budget, eliminating a possible safety valve to save the nomination.

A “no” vote from Collins doesn’t seal Tanden’s fate but makes it less likely she would be confirmed. The White House is redoubling its efforts to convince Republicans to support her.

Collins hasn’t publicly indicated how she will vote, saying last November, “I’ve heard that she’s a very prolific user of Twitter.” A Collins spokesman didn’t immediately respond to a request to comment.

Tanden, who once called Collins “the worst” on Twitter, has apologized for her tweets and met with 35 Democratic and Republican senators.