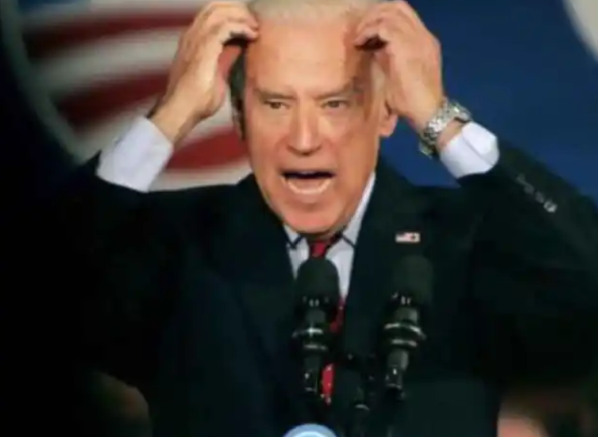 Biden is apparently unhappy [and surprised?] by his sinking approval ratings. He is looking to regain voters’ confidence that he can provide the successes he promised during the campaign. That’s according to people close to the President, NBC News reports. However, he knows who’s to blame. It’s those staff members who do the clean ups after he rattles off something that could start World War III or send Wall Street crashing.

Crises after crises piled up in ways that have at times made the Biden White House look flat-footed: record inflation, high gas prices, a rise in Covid case numbers — and now a Texas school massacre that is one more horrific reminder that he has been unable to get Congress to pass legislation to curb gun violence, NBC says [and they’re surprised?].

Democratic leaders are at a loss about how he can revive his prospects by November, when midterm elections may cost his party control of Congress.

Beyond policy, Biden is unhappy about a pattern that has developed inside the West Wing. He makes a clear and succinct statement — only to have aides rush to explain that he actually meant something else.

That’s not satire. It’s what NBC is claiming. In other words, when he says he’s going to nuke Russia, he’s serious?

The so-called clean-up campaign, he has told advisers, undermines him and smothers the authenticity that fueled his rise. Worse, it feeds a Republican talking point that he’s not fully in command, according to NBC.

The president sees a Republican landslide coming, he’s exasperated by his inability to stop it, so he’s begun to pass the buck. To his staff, to fickle voters, even to fate. “He’s now lower than Trump, and he’s really twisted about it,” said one person close to the White House about Biden’s bafflement at his low approval rating, HotAir reports.

So, it’s their clean ups, not what he says?

This could be the reason (Corn Pop lives in his own little world):

Biden doesn’t have the faintest idea what he is talking about. 9 mm?pic.twitter.com/T9qThAObE9

NBC: Biden’s regime change comments are another “controversy of his own making”

This as 71% of Americans “express low confidence in the president’s ability to deal with the war in Ukraine.” pic.twitter.com/NDWGj3uw4J

BIDEN: “Every vehicle in the United States military, every vehicle, is going to be climate friendly. No, I mean it. We’re spending billions of dollars to do it.” pic.twitter.com/t1uJAuoCkc

McConnell Might Be Fueling a Phony DeSantis -Trump FeudJanuary 18, 2022In “Home of News, Politics & Opinion”

Shortages and Inflation Crises Leave Nothing UntouchedMay 29, 2022In “Home of News, Politics & Opinion”