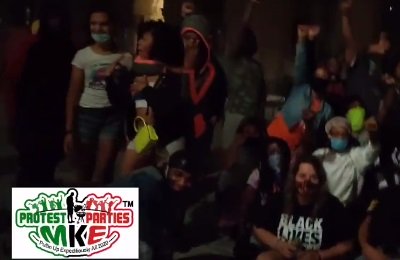 group of Milwaukee Black Lives Matter militants are bringing “protests” to the homes of Trump supporters.

On Tuesday evening, a Trump supporter was arrested for holding a shotgun by the window of his own home as it was surrounded by a mob of far-left lunatics — and it turns out it wasn’t this group’s first time showing up at the home of a random person to “protest” and intimidate.

On a Facebook page called “Justice Tour 2020Vaun L Mayes, a man who describes himself as “Milwaukee’s Malcolm X,” has been posting personal information on Trump supporters. The page is littered with people’s phone numbers, addresses, and calls for crowds to show up at their homes for “protest parties.”

Former Milwaukee Police Chief Alfonso Morales was also targeted by the group, who repeatedly held “protest parties” outside his home.

“The protesters say they’re “bringing the fight against racism to front doors.” But Ald. Nikiya Dodd — who represents the 5th District, where Morales lives — says the protests are a nuisance and a threat to public safety that must be addressed immediately,” the Milwaukee Journal Sentinel reported in July.

Morales was demoted back to a captain in August for using tear gas and pepper spray against rioters. 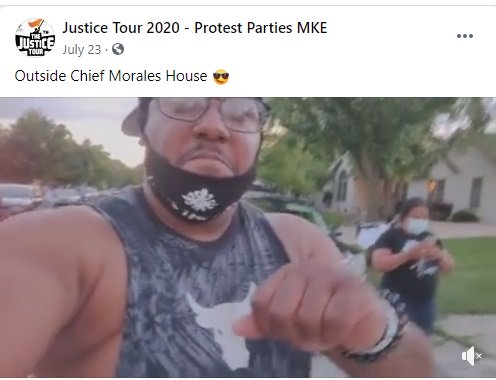 Mayes uses the “protest party” terrorism and the doxing on his page to solicit money through PayPal.

On Tuesday evening, the mob was at the home of a random man that they claimed is “racist.”

Members of the mob claimed on social media that their actions were justified because he has a confederate flag. The flag was not seen in the videos, but an American and Trump flag were hanging prominently on the front of his home.

The mob called the police on the man, who appears to have been arrested, for holding a gun in the window. The typically anti-cop “activists” cheered like a pack of wild hyenas as he was lead away from his home, where they had been threatening and terrorizing him for several hours.

BLM group, including children, pouring onto someone’s property that they seem to be harassing after he was arrested by police. They’re calling him “Probation Pete,” and are celebrating his arrest. Milwaukee, WI 2/3 pic