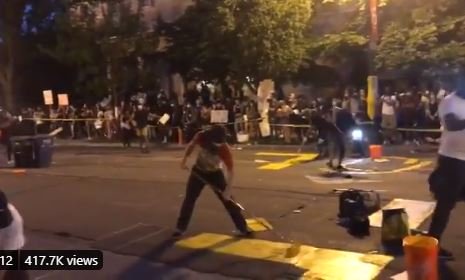 It wouldn’t be a far left protest with vandalism or violence.

Thousands of Black Lives Matter supporters converged on Washington DC on Saturday to protest against police officers and Trump.

The mob ended the day by vandalizing the streets of the nation’s capital.

They actually believe this nonsense.