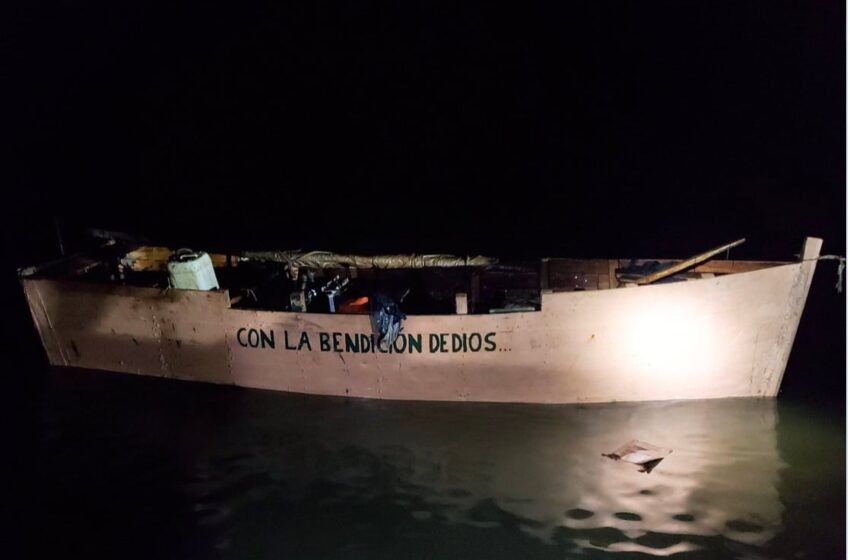 A dilapidated boat arrived in the Florida Keys on Christmas morning carrying 15 Cuban refugees.  The boat had “With God’s Blessing” written on the side.

A rickety wooden boat bearing the hopeful message “With God’s Blessing” scrawled on its side landed in the Florida Keys early Christmas morning — packed with weary Cuban migrants, US Border Patrol officials said.

The wooden craft had the phrase “Con La Bendicion de Dios” scrawled on its side in bold black letters, Spanish for “With God’s Blessing.”

Authorities did not provide information on how long the migrants were at sea nor where they were being detained after landing on US soil.

Large numbers of Cuban migrants continue to find their way to the US, despite significantly more attention paid to immigrants from Central and South America.

Early #Christmas morning, 15 migrants from #Cuba made landfall on a rustic vessel in the Florida Keys. At 5:00 a.m., #BorderPatrol agents & LE partners responded to Key Colony Beach & encountered the individuals, who departed from the Matanzas region. #florida#ThisMorning#cbppic.twitter.com/FmL0bVS6ng