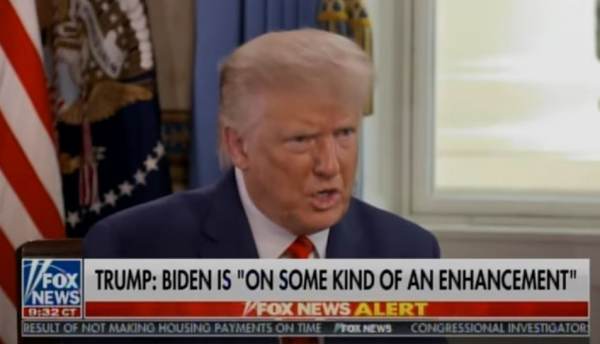 Something is going on with Joe Biden. We can all see it.

President Trump sees it too which is why he is calling for drug tests before the 2020 Presidential debates.

Last week President Trump called for Biden to be drug tested before their debates this fall.

On Tuesday, in his interview with Laura Ingraham, President Trump said he believes Joe Biden is on some kind of enhancement.

President Donald Trump: I watched Biden in the previous debates and he was horrible. And then I saw him in the Bernie debate and he was normal. It was sort of like a normal deal. He got by. And I said that was a different guy than the guy that was in the debate with Kamala. Now, Kamala is just horrible… I’ll tell you what he’s on some kind of enhancement in my opinion.

The Biden camp can deny it but they will need to prove it with a drug test!