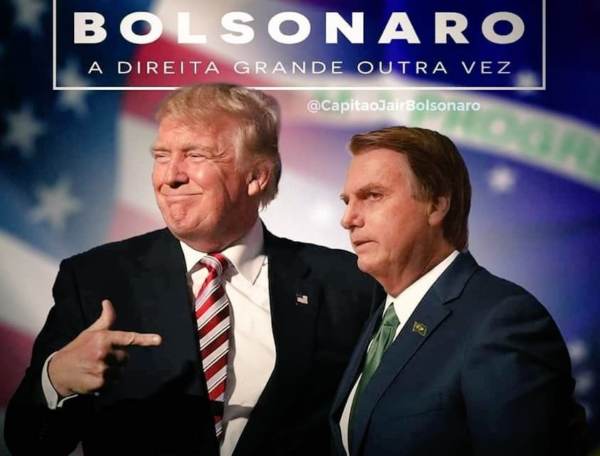 Brazilian leader Jair Bolsonaro cast doubts on Joe Biden’s legitimacy just days before he travels to the US for meetings in Los Angeles.

During Donald Trump’s administration, President Jair Bolsonaro always praised the conduct of the American government and signed economic agreements that benefited both countries. However, the relationship with Brazil was weakened after the election of Joe Biden.

Bolsonaro had doubts about the legitimacy of Biden’s election. The Brazilian president was one of the last world leaders to congratulate the democrat on the election result.

The meeting between Bolsonaro and Biden – the leaders of the two largest democracies in the American hemisphere – will be the first between them since the U.S. president took over the White House, in January last year.

Brazilian President Jair Bolsonaro on Tuesday cast doubt on the 2020 election victory of U.S. President Joe Biden, just two days before they are due to meet for the first time during the Summit of the Americas.

Bolsonaro, an outspoken admirer of former President Donald Trump, said in a TV interview that he still harbors suspicions about Biden’s victory and he again praised Trump’s government.

In 2020, the Brazilian leader voiced allegations of U.S. election fraud as he backed Trump. Bolsonaro was also one of the last world leaders to recognize Biden’s win.

“The American people are the ones who talk about it (election fraud). I will not discuss the sovereignty of another country. But Trump was doing really well,” Bolsonaro said.

“We don’t want that to happen in Brazil,” he added.