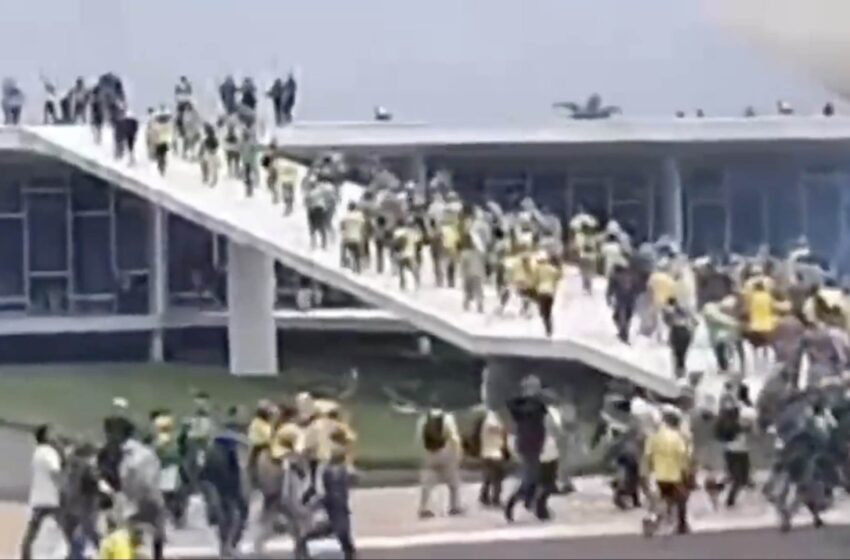 Earlier today a massive crowd of thousands stormed the capital of Brasilia to protest the stolen presidential elections. The protesters stormed the National Congress.

Lula da Silva began his speech by denouncing the “fascists,” “vandals,” “nazis, Stalinists… No, not Stalinists, the fascists!”

He criticized the security shortcomings. And Lula promised everyone involved,will be tracked down and arrested.

And this communist is serious! This gives the regime everything it needs to go after opposing voices in Brazil.

@LulaOficial addressing nation, begins by denouncing “fascists,” “vandals,” “nazis, stalinists…no, not stalinists, fascists” and criticizing security shortcomings. Everyone involved, he says, will be tracked down and arrested. pic.twitter.com/g4rqa0aKDs

Isn’t it amazing how much this is already shaping up to look like the protests on January 6th.

The protests even had infiltrators carrying bombs and destroying property. Just like the FedEpps (Ray Epps) here at home!

“An infiltrator was caught red-handed while breaking stuff inside congress. He had a knife, bombs, and gasoline.”#Brazil#Bra#Brasilia#Brazilian#DFBrazil#protest#rallypic.twitter.com/zs3iEsIx6N