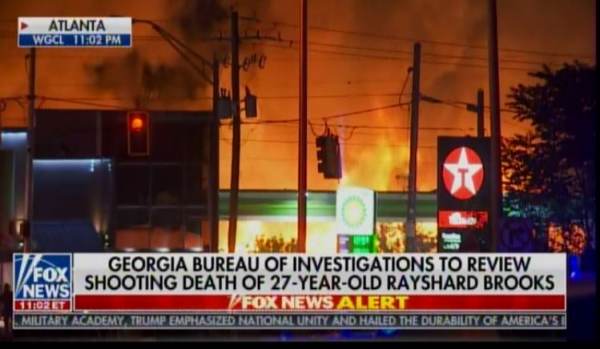 Riots broke out in Atlanta on Saturday night following the death of 27-year-old Rayshard Brooks on Friday night at a Wendy’s Brooks fought with police, stole their taser gun and was shot dead when he turned to use it on the officers.

On Saturday night a CNN crew was covering the riots at the Wendy’s restaurant when they were attacked. 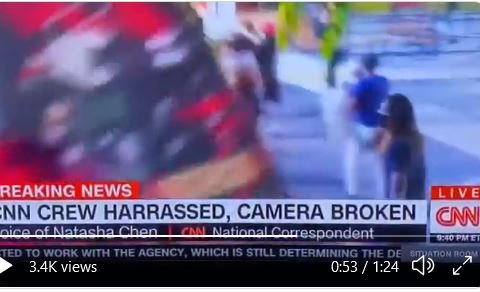 The CNN crew was jumped near the Wendy’s by violent rioters.

It looks like one rioter used a skateboard to beat the CNN camera crew.

#BREAKING: CNN crew attacked by protesters outside Wendy’s in #Atlanta where a Black man was shot by police. CNN it’s time to send your crews out to record w/ phones becuz a big TV camera attracts those who want to do you harm. #AtlantaPolice#BLMpic.twitter.com/nZMM8J6hBs