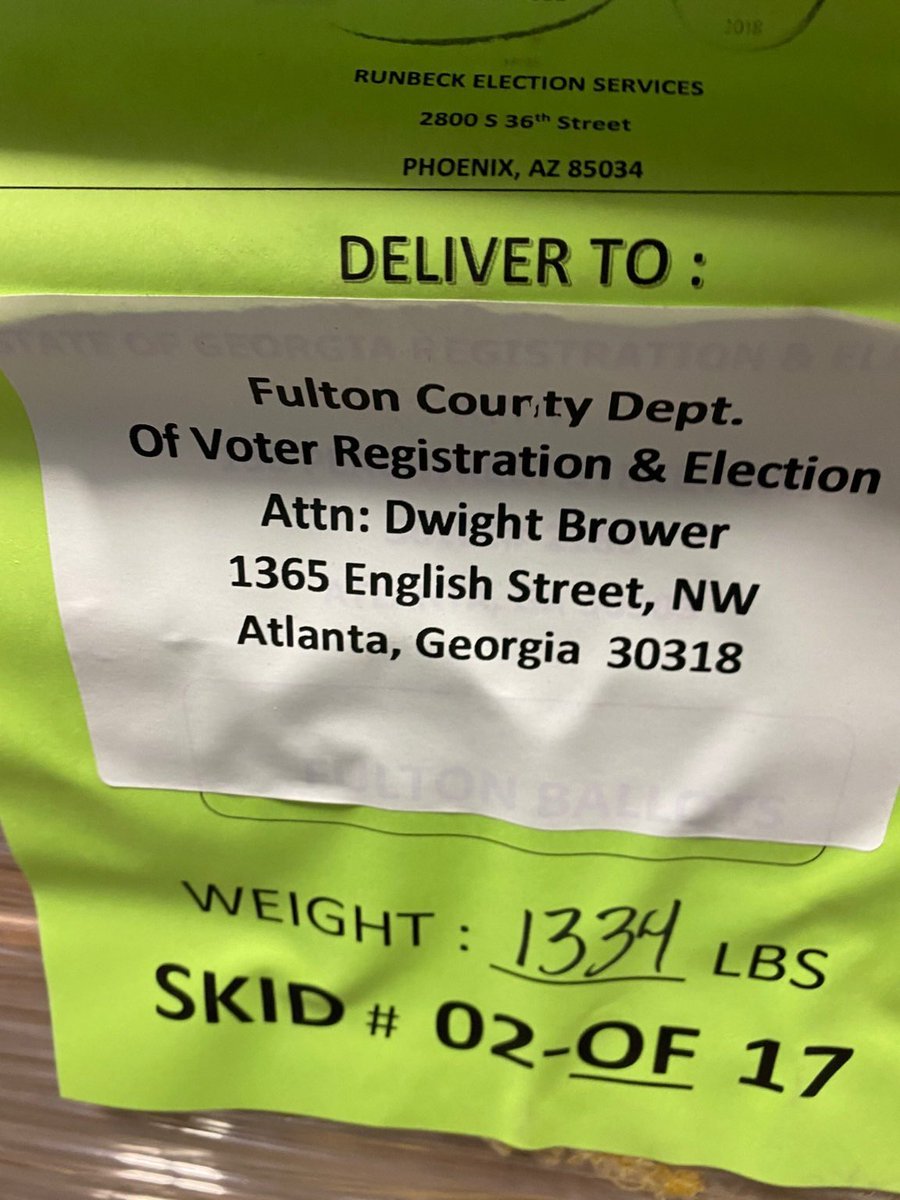 More shocking news on Runbeck printing company which supplied ballots to both Arizona and Georgia.

We’ve already made some shocking observations about Runbeck – the Arizona printing company involved in the 2020 Election in both Arizona and Georgia.

We also know Brian Runbeck works for the company with his name.  Although not listed as a member of the Executive Team, Brian Runbeck, identifies himself as the Client Services Manager/Project Manager and Production Coordinator at Runbeck Election Services.  He manages the production of election ballots and related official election material.  He claims he handles high pressure deadlines and high volume production.

Mr. Runbeck also made 50 separate donations to Act Blue, Biden for President and the Democratic Senatorial Campaign Committee between August 15 and October 30, 2020.

We also know that ballots in Georgia were different for Democrat and Republican areas.  This was done by the printer.

NOTE that the BAR CODE is missing from these ballots. This is important because as IT specialist Javon Pulitzer noted in testimony earlier this week, the Fulton County ballots in the general election for GOP precincts included a barcode while the ballots in Democrat districts did not include the barcode.  (Again, if there was a Republican Party in Georgia who cared, this would be investigated and criminals put in jail.)

According to Moncla, Fulton County, Georgia ordered and received over 1 million ballots from Runbeck in the last 10 or so days before the election.  The ballots received were absentee ballots based on the size of the ballots ordered and related invoices.

With just 10 days until the November 3rd election, there was literally no way to sort, prepare, fold, stuff and mail out the ballots before the election. Especially considering there were no envelopes ordered. This fact alone removes any possibility that they intended to mail the ballots