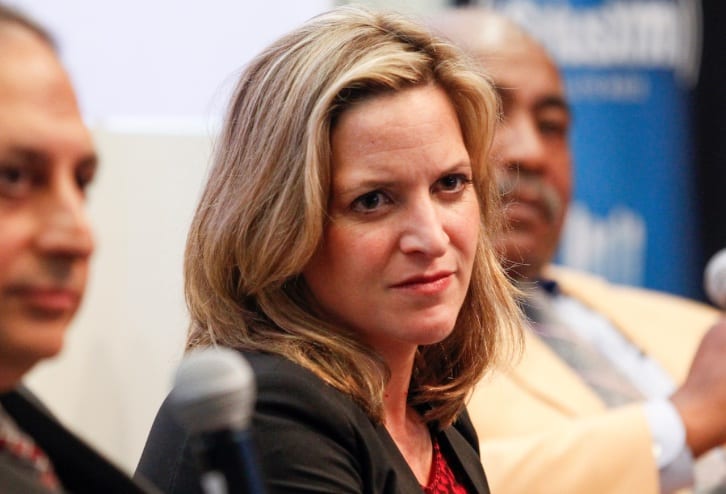 After countless irregularities in the 2020 election and questions that arose due to the handling of ballots, counting of ballots, and absentee ballots, a Michigan judge has ruled that Michigan’s Secretary of State did in fact direct city clerks to ignore signature matching law on absentee ballots in the 2020 election.  However, the ruling appears to be too little too late to have any effect on the fantastically mismanaged 2020 election that millions of reasonable Americans do not trust.

100 Percent Fed Up reports – A 2019 lawsuit filed in Michigan by Marc Elias of the infamous Democrat’s law firm Perkins Coie on behalf of the progressive group, Priorities USA insisted that signature verification was somehow illegal because it disenfranchised voters.

According to a new ruling in a separate case in Michigan, Democrat Secretary of State Jocelyn Benson likely agreed with that sentiment.

Because Benson did not go through the proper rule-making process when issuing the guidance, clerks do not need to comply with it for future elections, Murray ruled last week.

“The presumption is found nowhere in state law,” wrote Murray, an appointee of Republican former Gov. John Engler. “The mandatory presumption goes beyond the realm of mere advice and direction, and instead is a substantive directive that adds to the pertinent signature-matching standards.”

But the ruling has come too late to matter, despite all the irregular data.

“The Michigan Republican Party, one of the plaintiffs in the suit, celebrated the decision but noted it came too late to make a difference in the November election.

Michigan Republicans say they were certain from the outset that Benson had obviously violated Michigan law, yet all of this seems to have been swept under the rug until now in the media:

“It was clear from the outset that the secretary of state had violated Election Law by unilaterally directing local clerks to ignore their statutory obligation to compare absentee ballot signatures,” said Ted Goodman, communications director for the state GOP.

Michigan law requires clerks to match required signatures on absentee ballot applications and absentee ballot envelopes with the voter signature on file to ensure the person submitting the ballot is the same one registered to vote in Michigan.

But state law doesn’t define what it means for signatures to “agree sufficiently.”

Benson on Oct. 6 instructed clerks who were