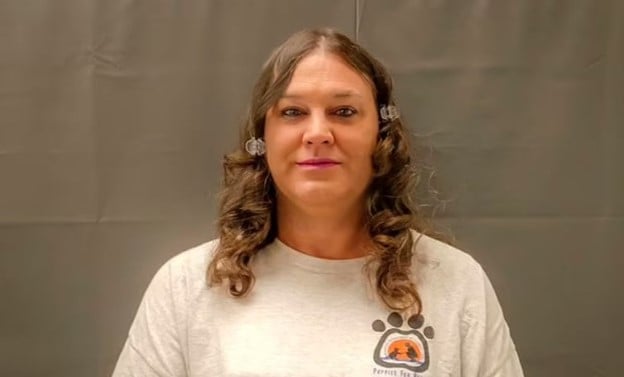 The TGP’s Cassandra Fairbanks previously reported how Democrats were trying to stop the execution of transgender murderer and child sex offender Scott McLaughlin, who identified as “Amber.” Thankfully, their pleas fell on deaf ears and justice was delivered tonight.

Here is the story from the Associated Press:

“A Missouri inmate was put to death Tuesday for a 2003 killing, becoming what is believed to be the first transgender woman executed in the U.S.”

“Amber McLaughlin, 49, was convicted of stalking and killing a former girlfriend, then dumping the body near the Mississippi River in St. Louis. McLaughlin’s fate was sealed earlier Tuesday when Republican Gov. Mike Parson declined a clemency request.”

“McLaughlin spoke quietly with a spiritual adviser at her side as the fatal dose of pentobarbital was injected. McLaughlin breathed heavily a couple of times, then shut her eyes. She was pronounced dead a few minutes later.”

“I am sorry for what I did,” McLaughlin said in a final, written, statement. “I am a loving and caring person.”

Radical left Democrat Cori Bush, who staunchly advocated for McLaughlin, whined on Twitter about the execution:

3 days into 2023, Missouri has chosen to uphold violence over mercy.

Today, the state executed Amber McLaughlin, a trans woman, who was sentenced to death by a judge after a jury could not unanimously agree to impose that sentence.

Capital punishment must be abolished.

Here’s a reminder from Fairbanks what this monster did:

Scott McLaughlin, who began identifying as “Amber” while on death row, was convicted of raping a 14-year-old girl in 1992. He then went on to stalk and brutally rape and murder his ex-girlfriend Beverly Guenther, in 2003.

“According to court records, Guenther and McLaughlin met in 2002 and began living with each other shortly into the relationship. But the cohabitation was marred by break-ups that were often so serious that Guenther sometimes had to obtain restraining orders to keep McLaughlin away from her,” Reduxx reports. “In the spring of 2003, Guenther and McLaughlin formally ended their relationship, but McLaughlin continued to pursue the woman, exhibiting stalking behaviors by frequently visiting her place of work and calling her.”

The report continues, “on October 27, 2003, McLaughlin was arrested after burglarizing Guenther’s home. He told arresting officers he was trying to reclaim possessions he left behind at the home while living with Guenther, and was arraigned in November. Guenther had filed for a protective order just two days before McLaughlin murdered her.”

Less than one month later, on November 20,