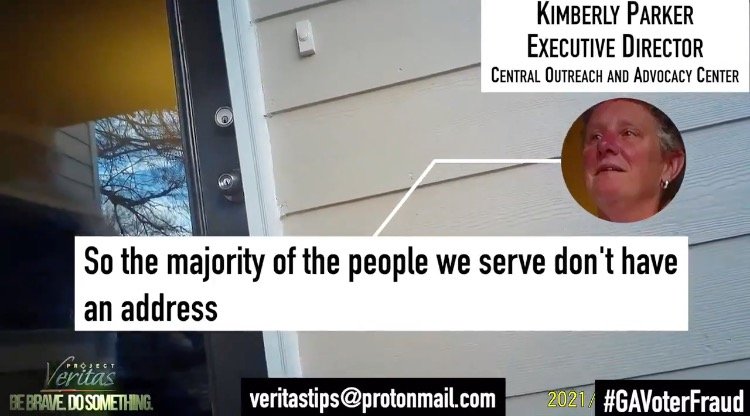 Project Veritas on Monday night released undercover video of a Central OAC Exec admitting her organization registers thousands of homeless people to vote at the same address in Fulton County.

Georgia law requires a person to vote where they live and permitting someone to use a false statement on voter registration is illegal and punishable by up to 10 years in prison.

Veritas released the video the night before the twin senate runoff where the stakes couldn’t be higher.

The Democrats are trying to steal both Georgia Senate seats so they can take control of the Senate.

And as we saw in the November election, the Democrats use countless ways to stuff the ballot box and cheat.

“So the majority of the people we serve don’t have an address so we allow them to use our address if they register to vote and to get GA state ID,” Kimberly Parker, the Executive Director for Central Outreach and Advocacy Center said. “We do allow them to use 201 Washington Street (Atlanta, GA).”

“Board members got wind…thought we’re doing things not on the up and up…”#GAVoterFraudpic.twitter.com/5j2uJ2XV4T

What are they trying to hide?

What are they trying to hide? We already got it all on tape! pic.twitter.com/YncsG4qYdc