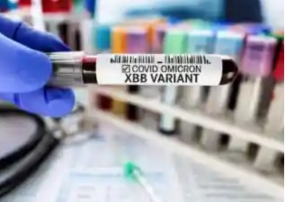 Such rapid and simultaneous emergence of multiple variants with enormous growth advantages is unprecedented.

A new opinion piece in the Wall Street Journal, Are Vaccines Fueling New Covid Variants?, strongly points to vaccines as the cause of the new variants. The article begins with the new XBB.1.5 strain.

It isn’t clear that XBB is any more lethal than other variants. Still, its mutations enable it to evade antibodies from prior infection and vaccines and existing monoclonal antibody treatments. Growing evidence also suggests that repeated vaccinations may make people more susceptible to XBB and could be fueling the virus’s rapid evolution, the article states.

“Such rapid and simultaneous emergence of multiple variants with enormous growth advantages is unprecedented,” a Dec. 19 study in the journal Nature notes. Under selective evolutionary pressures, the virus appears to have developed mutations that enable it to transmit more easily and escape antibodies elicited by vaccines and prior infection.

The same study posits that immune imprinting may contribute to viral evolution. Vaccines do a good job training the immune system to remember and knock out the original Wuhan variant. But the immune system responds less effectively when new and markedly different strains come along.

XBB has evolved to elude antibodies induced by the vaccines and breakthrough infections. Hence, the Nature study suggests, “current herd immunity and BA.5 vaccine boosters may not efficiently prevent the infection of Omicron convergent variants.”

Similarly, a study this month in the journal Cell found that antibody levels of people who had received four shots were 145 times as high against the original Wuhan strain as the XBB variant. A bivalent booster only slightly increased antibodies against XBB.

Experts claim boosters protect against it and that’s disinformation.

BEFORE THE MASS VACCINATIONS

Before the mass worldwide vaccination, we had only two variants that caused surges worldwide, Alpha and Delta. (There were four variants of concern: Alpha, Beta, Delta and Gamma) But now we have Omicron with over 500 sublineages currently circulating. A study from December 2022 mentions, “Such rapid and simultaneous emergence of multiple variants with enormous growth advantages is unprecedented.”

The opinion piece also mentions the Cleveland Clinic study. That study found workers who received more vaccine doses were at a higher risk of COVID-19 infection. They added:

The association of increased risk of COVID-19 with higher numbers of prior vaccine doses in our study was unexpected.

XBB also recently surged in Singapore, which has a 92% vaccination rate making it one of the highest vaccinated countries in the world. They also wear masks. In New York State XBB.1.5 is currently exploding making up 60% of circulating variants and rising.

Immunologist and microbiologist Dr. Panda explains what he sees happening:

The virus continues to escape from the immune pressure we are putting on it. We have seen an unprecedented rise in variants [mutations] that become more and more immune evasive. Because the vaccine induced antibodies are suboptimal they do not stop infection therefore they do not stop the virus from replicating and ultimately transmitting. This is why we have a virus that is evolving and overcoming immunity.

The mutated virus will overcome the immune pressure and continue on reinfecting and mutating. Some suspect this will end in a highly infectious and highly virulent virus. So Yes – Vaccines are fueling SARS-CoV-2 mutations.

Make an informed decision on getting boosted.

Mask Up, Lock Down, No More Holidays, XBB Variant Is HereNovember 26, 2022In “Home of News, Politics & Opinion”